The Court judgement is a victory for the Igala people worldide says the 2019 APC Governorship aspirant, Princess HadizaMotors:

If there are still Igala people pitiably engrossed in doubt, hatred and dismal lack of respect for the highest Igala father-figure especially before, during and after his emergence as the Igala highest traditional apical ruler and moreso his personality as the current Attah of Igala and by extension the President of the Kogi State’ Traditional Council of Chiefs; HRM, Dr. Idakwo Micheal Ameh Oboni II, ; today is your answer.

It is the answer recently told by the landmark pronouncement by the Lokoja Federal High Court bordering on land legal tussle between Federal, State Governments and the current Attah of Igala over land dispute in the court saddle since 2017 whose bilateral temporary Monarchical Cessation Agreement was birthed in 1840 and signed by the parties and officials loyal to the power and authority of the two late most sacred monarchies and rulers; one who was an English Monarch reverred and appellated as the Queen Elizabeth of England and the other as the highest traditional ruler of the Igala Nation, HRM AMEH OCHEJE.

Both Monarchs were probably buried over 200 years ago.

The current Attah of Igala who was never reluctant and sat idly-by; by watching the expansive land belonging to the Igala people which many years later was turned into three distinctive Local Government Areas viz: Ajaokuta LG playing host to largest steel company in the west Africa, Lokoja LG as the Kogi State Capital and Koto Karfe LG.

The attempts at the retainership and reclamation of this land after non-completion of terms and conditions contained in the Agreements, has eluded numerous past Attah of Igala with the exception of Dr. Idakwo Micheal Ameh Oboni who as a personification of courage brought this case before court for hearing since 2017 where the known Nigerian Legal drum as the Attorney General of Federation stood for the Federal Government and the state and after thirty six months (36) of legal tussle with judgement passed in favour of the plaintiff being the Attah of Igala.

It is against the backdrop above that myself Princess Hadiza Ibrahim as one of the 2019 Kogi State APC gubernatorial aspirants and moreso a proud daughter of the both kingdom and Attah of Igala with many years standing of so many highly resounding Monarchical titles of the Igala~land and Yorubaland including others which I have earned through non-comparable hardworking diligence and experience; wholeheartedly join all Igala sons and daughters to congratulate our Royal father, HRM, Dr. Idakwo Micheal Ameh Oboni over the recent legal feat won by him for the Igala People which has brought lasting reunion between the people.

The feat has sent direct message to the world that we the Igala have never been just a collection of individuals or a collection of people but people with unquantifiable courage and historical values and experience.

The importance of the judicial victory on the longrun is that; this emerging industrial layout hosting different companies would service many Kingdoms with royalties and would equally engender the objects of corporate social responsibilitie to Kogites.

ALSO READ THIS:  Breaking: CNN For The First Time Testifies In Favour Of Trump

Moreso, Your Royal Highness Sir, many of your subjects who have been told for so long by so many to be cynical and fearful and doubtful about what we can achieve through you as the Igala traditional ruler have once again being reunited with rare resolve to put their hands on the contour of history and pull it once more toward the hope of a better day.

The feat was a demonstration of the one your endured sacrifices as our father for the State that most of us cannot begin to imagine. We are better off for the service rendered by your rare bravity and selfless leadership sagacity.

My personal debt to you is beyond measure.

I would forever be grateful for what you have sacrificed to get this done.

But above all, I would never forget who this victory really belong to; its belong to you the Igala people who have had the previlege of been blessed with a royal father whose importance, values and mien have preoccupied the hearts of many people in the world especially Igala people after eight years of traditional rulership and sojourn on the throne of his ancestors.

He didn’t start the case with much money and many endorsements but was able to bring home victory and endless celebrations.

Finally sir; You shall live long sir where the beeds in your hands, the royal shoes in your legs, mantle of your bountifull blessings and the favour of the throne which you exercise traditional authority and power attract more honour for you and our land.

”In the olden past a man who has brought heroic fame to his people were rewarded with precious damsels in the land but in modern time especially our time, I would give you rare honour, respect and mark of boundless loyalty”

Spread the love
TAG#Attah
Previous PostJust In: Watch Video As Pastor Adeboye Warns That He Will Kill Any Man Who Messes Around With His Wife Next PostOpinion: Between Racism And Violence Of Silence By, Meduoye Adeyinka 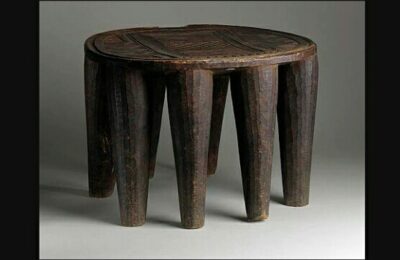