Opinion: President Donald Trump Is Facing The Thing He Dreads Most By Michael D’Antonio

There is no denying the fact that President Donald Trump of United States of America ( USA ) has been facing a lot of challenges that are too many to happen at a time.

Aside his reelection bid that is around the corner, President Donald Trump under his watch, USA has witnessed the worst pandemic, COVID-19 in the history of America.

While Trump is yet battling with the COVID-19 pandemic, he had also had the cause of unprecedented unemployment in USA orchestrated by COVID-19.

The origin of this pandemic which is linked to Wuhan in China has made Trump to have unhealthy relationship with China lately.

Aside “Black Lives Matter” that is adjudged as mother of all protest in the history of USA arising from the killing of #GeorgeFloyd , Trump is also facing arrest following the killing of the Iranian Leader.

These issues among others put together makes Michaels D’Antonio to say in his article that Trump deserves all that he is facing.

In what he titles: “President Donald Trump Is Facing The Thing He Dreads Most”, let us read what Michael D’Antonio has to say:

“Declaring in 2016 that “I alone can fix it,” Donald Trump made the country’s fate all about him.

He promised so much “winning” we’d get sick of it, and asked “What have you got to lose?”

As President he made everything into a fight between Team Trump (good) and everyone else (bad).

He bullied those he couldn’t persuade and even survived an impeachment trial.

But now, confronted with a pandemic, an economic crisis, and a moment of reckoning over racism, the limit of the president’s method is obvious, and he seems on the brink of becoming the thing he most dreads: A loser.

Trump’s biggest current problem is his epic failure to address a pandemic that has killed more than 125,000 Americans.

To borrow a phrase from the President, the coronavirus is raging, “like nobody’s ever seen before.”

In response, governors in Trump’s deny-the-danger brigade are reversing themselves to battle the pandemic.

Where is Trump on the pandemic? Well, after hawking hydroxychloroquine, a drug that turned out to be useless, framing an abysmal federal response as a success and refusing to appear in public wearing a face mask, he all but stopped talking about it.

Nevertheless, he showed us where he stands by conducting a reckless indoor rally where, to signal their loyalty, many chose to forgo masks.

More recently he sent his head cheerleader, Vice President Mike Pence, to a press conference where he lied as he said “We slowed the spread. We flattened the curve.”

Pence showed the limits of this commitment when, a day after the press conference he acknowledged the pandemic’s danger by canceling campaign events.

With this move he seemed to echo the decisions made by those who stayed home from Trump’s Tulsa rally.

The President had predicted 40,000 would come but by a fire marshal’s estimate there were only 6,200.

This so disappointed Trump that he apparently began to consider that his re-election bid is in trouble.

Trump’s trouble includes not just the pandemic but the spike in unemployment and concurrent contraction of the overall economy caused by it.

In general, the pandemic has caused economic woes wherever it has struck, as stay-at-home public health policies throttled activity.

However, in the US, the absence of an effective national response exacerbated the spread of infection and aggravated its economic effects.

In this way Trump’s public health failure robbed him of the chance to make economic progress the centerpiece of his re-election campaign.

The third issue that’s crippling Trump, race relations and policing, offers another example of how the President’s instinct for turning everything into a fight has hurt him.

With Americans taking to the streets to declare Black Lives Matter and to protest against police killings of Black suspects the President went against the tide to repeatedly call for “law and order” and suggest he is backed by a “silent majority.”

In addition to this rhetoric Trump deployed federal officers to show he could act tough as he talked.

This has got to be the worst of Trump’s outrages.

Although much of the nation recoiled as peaceful protesters were forcibly cleared from Washington DC’s Lafayette Square to permit Trump to stroll to a photo at a nearby church, he held to his practice of doubling down on every position.

Most recently he has added the defense of statutes that honor racist, Confederate traitors to the mix, declaring his commitment to defend “our heritage.”

Every situation that plagues the President now — the pandemic, the economy, race relations — defies his fighting reflex.

In the past he was able to use deviations from American norms to force others to make difficult choices.

In politics he insulted respected opponents like John McCain and Hillary Clinton.

As president he cozied up to dictators and strongmen while mistreating allies.

Those Republicans who joined him became so bonded to him that they stayed loyal through the many scandals that have seen his associates convicted of felonies and an impeachment trial where he was saved by GOP senators after Senate majority leader Mitch McConnell announced, in advance, that he would not be convicted.

Every time it seemed Trump had gone too far, his supporters kept the faith.

But now we have reached a place where binary choices will not work.

The coronavirus kills without regard for personality or politics and demands a nuanced response born of a careful mind.

The same is true for the economic crisis caused by the pandemic.

And this moment in American racial history requires the heart and soul of a courageous uniter, not the instinct of the man who once told me, “I always loved to fight.

All types of fights, including physical.”

With his limited mind, deficient heart and empty soul on full display, Trump is discovering that a man who declares “I alone can fix it” runs the risk of being blamed when everything breaks down.

This is why his 2016 campaign aide Sam Nunberg says Trump is risking one of the worst defeats in history and political TV host Joe Scarborough is speculating about Trump quitting.

Trump is “acting like he doesn’t want to get re-elected,” says Scarborough.

“He’s acting like he really wants to lose badly and take the Republican Party down with him.”

Exposed by his own actions, the man who makes everything into a referendum on himself has given Americans another clear choice.

He has demonstrated that what we’ve got to lose are our lives and that the choice really is between him, or us.

Now we’ll have to decide whether we will all join Team America and deliver to the bully his just deserts”. 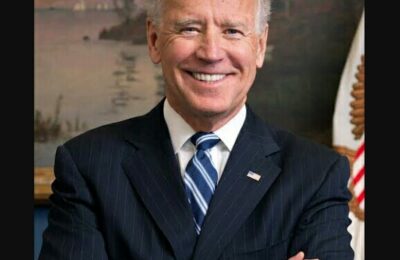 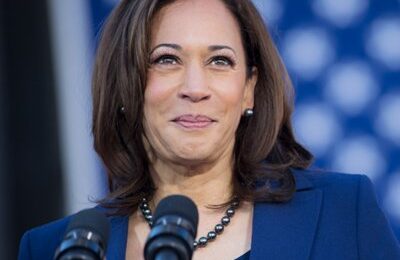 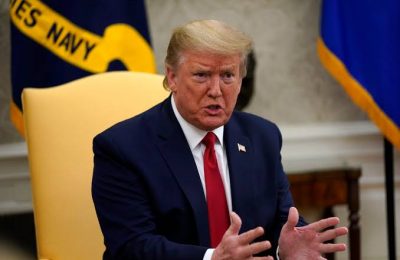