Home Opinion Opinion: Looking At NDDC, EFCC & Others, The Fight Against Corruption Has Missed The Boat By Meduoye Adeyinka
Opinion

Opinion: Looking At NDDC, EFCC & Others, The Fight Against Corruption Has Missed The Boat By Meduoye Adeyinka

Recently, the fight against corruption under President Muhammadu Buhari has become subject of mockery with the unfolding revelations in NDDC, EFCC and many MDAs of Nigerian government.

In light of the above, ourworldgist ‘s Guest Writer, Meduoye Adeyinka xrays how Nigerians receive this development in what he titles, “Public War And The Devil’s Pride”.

Let us read his iconic article:

“Hey Ma’am, the moment you get there, do well to change the commission’s currency account in no time; remove those bunch of directors who had refused to do my dealings as at when instructed; sack the head of the legal team who is a northerner and send him on compulsory retirement; and implicate him – yes that man for financial conspiracy for not bowing to my order.”

She had listened keenly while the man decorated with a statute like that of the infamous pot-bellied spoke at the height of unjustifiable authority in no standing manner.

“Why is he speaking like the commission revolves around his personality and his only?” She thought carefully.

“See, if you fail to do as I instructed, the same pen I used to sign your letter will be the same pen I’ll use to remove you.” He continued, this time wearing a stern face.

“Listen and listen carefully, for such to be cemented, you have to take an oath of secrecy to keep all these away from third-party interference(s) and probable public hearings.”

“Remember, no traces and you have no choice than to dance to my tune.” He concluded.

Nearly two decade of its inception, the NDDC primarily created and established to see to the development of the south-south region as a result of ecological and environmental challenges its does encounters, have been plagued with flurries of corruption allegations from desk-to-desk with the latest – a sheer display of unremitted, unauthorized and inadequate misappropriation and mismanagement of public funds by its interim management committee.

The expenditure was sectional – spent by few, recorded for all. Everywhere is in mess.

Instead of covering their dirty faces in shame and reproach, they rather choose to gather the community around, displaying their scattered dentition over the camera narrating – a grand tale of their adventure, sexism, heroism, and ability to overcome adversity even in the face of abject impunity.

Much to their own chagrin, it is likely a lot of those sayings were exaggerated to the climax, or perhaps even false.

But their cricket-like enthusiasm to run their mouth and churn out their unwarranted experience reflects the fact that those at the helm of affairs – whether elected or appointed use doctored and less crafted narrative to influence, muzzle and bend cooperation among their contemporaries.

Of course, this is more than significant when it applies to public war constituted in-between reckless corruption, abject impunity and absence of zero tolerance in the pages of indiscipline.

Is there a transaction between nature and nurture? While some leverage on such opportunities with the “smile and joke” attributes due to the not-in-charge character playing from a corner of the infamous “Mr. no-nonsense” room, the natural ability of our nation’s political leaders is quite honorary with no academic footage denotes that it is a human quality selectively deposited in some by our creator.

ALSO READ THIS:  Rebuilding Our Hungry Democracy, By, Meduoye Adeyinka.

It is only in a clime of ours that grievous allegations are somewhat taken lightly and possibly turning them into weak comedies before the public especially when there is a serious indictment on this administration.

There is absence of responsiveness in the government and no sense of responsibility till now.

of going straight to the point and to the crux of the matter, he rather chooses to defame the marital status of a woman. Damn it. ‘How that one take concern me sef?’

In a blink, the heats are glaring before us like maize being passed through the needle’s eye.

That is impossible right? But that is the reality of the present public war, as the narratives are getting tougher and more intense.

This time, the Devil’s pride had sprung up in full erection – standing firm and ready to whisk away the one’s whose mouth run like that of a subside overflow dam.

The before-the-sunset barricade of her residence by fully armed men will never cease to be a hefty blow to our nascent democracy, not until we resort to seeking redress of what has been and what seems to be.

Fellow Nigerians, Did you hear that? Did you? When Prof. Pondei, the NDDC acting MD, tell a senate panel that he spent N1.5 billion as COVID-19 relief on the commission staff?

How do you feel with such reckless statement from an appointee?

Is the Politics of Nigeria being regarded as that of a cashing out adventure?

Why are the notions moving from bad to worse even in the era of proclaimed paucity of funds?

Our democratic ship continues to sink while our governance is being blighted with cheap compensations of appointments.

Here we are, motioning from “Looting to Master Looting” Which way Nigerians?

No way. The house is not in order; the head is busy taking a nap; there is so much noise as chaos is being heard even from a distance.

The unique selling point of this administration – the war against indiscipline and corruption – is fast becoming a subject of public ridicule.

From room-to-room, the corruption allegations are spreading like wildfire. This time between the nation’s Chief Law Officer, Mr. Abubakar Malami and Magu, the Czar of the anti-graft war of the land.

In spite of loads of allegations wheeled on the anti-corruption desk, the duos are at each other necks, exchanging heated blows on papers with no regard for decency.

While the other is buried in a sheer display of supremacy over the other in a bid to suck from the reflowing juice, one is fighting back by leaking memos that exposes the other’s own corruption.

They are both tarred with the same morally stained brush. The fight against corruption is failing and has unfortunately, missed the boat.

The indication that the fight is real and active than the will to investigate levy allegations in a more transparent and open manner against those who have been charged to be custodians of such impunity is questionable as evident in past records. Remember, No sacred cows – that is the mantra and guiding principle.

ALSO READ THIS:  Opinion: Sam Okutepa (SAN), Xrays Between  AGF or GCB Who Should  Be The One To Make The Rules Of Professional Conduct In The Legal Profession

With or without literature reviews, the power dynamics are going absolute since no one is checkmating, leading to the Devil’s pride in corruption; de-humanization and casting down of characters.

It will do well if the recent reality of public war leads to public nakedness.

The reason – the former is akin to words while the latter glues behind the bar. Like someone once said “The one who is clean is the uncaught one.” 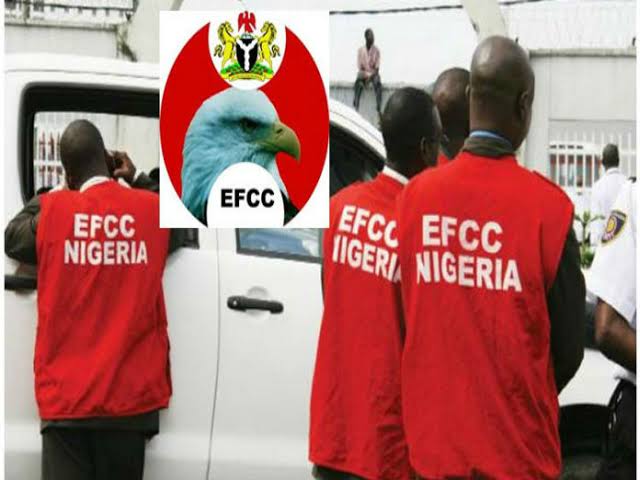