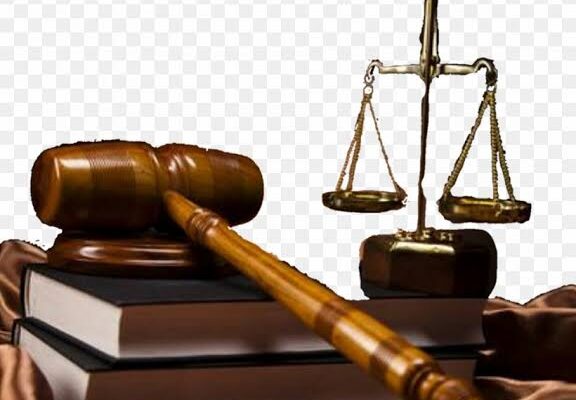 While many are struggling to accept this ugly development which they are saying is an endorsement of criminality others are of the opinion that it is not a strange development under this dispensation as the same arm has also produced “Supreme Court Governor” in Imo State.

Though, the Tribunal Court, admitted in evidence forensic audit that exposed the case of over voting in Okene, Adavi, Okehi, Ajaokuta, Mopa Moro, Olamaboro and Lokoja LGAs in favour of APC but premeditated judgement hinge on criminality and total disregard to tenet of democracy still had it way.

Both PDP and SDP, along with their governorship candidates in the election, had alleged that the poll was marred by corrupt practices and non-compliance with the provision of the Nigerian Constitution, the Electoral Act and the Independent National Electoral Commission’s Electoral Guidelines.

But the apex court dismissed the appeals on the grounds that the allegations, including the charges by SDP against Bello’s running mate and now Kogi State Deputy Governor, Edward Onoja, that he falsified documents, submitted false information to INEC and not qualified to contest the November 2019 poll

The lead judgment on PDP’s appeal was prepared by Justice Inyang Okoro but read on his behalf by another member of the panel, Justice Uwani Abba-Aji.

Justice Abba-Aji who was the only member of the panel present in court on Monday read the lead judgment prepared by her.

The apex court resolved all the five issues raised for determination in the appeal against the PDP and its governorship candidate in the disputed poll, Musa Wada, who jointly filed the appeal.

Resolving all the five issues in favour of Bello, his party, the APC, and the Independent National Electoral Commission, the apex court declared the appellants’ appeal as lacking in merit.

“Having resolved all the five issues against the appellants, it is abundantly clear that the appeal is devoid of any scintilla of merit and it is accordingly dismissed,” the court ruled.

Justice Abba-Aji said of the appeal filed by SDP and its candidate, Natasha Akpoti, that the concurrent judgments of both the Court of Appeal and and the election petition tribunal remained “unimpeachable”.

ALSO READ THIS:  Breaking: Details Of Personalities Plus 16 Govs Who Are Prone To #Coronavirus After Having Contact With Infested Abba Kyari Emerge

In other world where Nigeria borrowed democracy from, we learnt that law is based on Judicial precedents, logic and evidence but in Nigeria those elements are often on holidays except when it favours APC.

Perhaps, with this judgement, Nigerian Judiciary has clearly proven beyond doubt to the world that even traditional Rulers in our hamlets and villages hold the sanctity of justice in high esteem than this body call judiciary.

We said PDP was corrupt, but during PDP’s era, elections of Governor Peter o, of Benin was nullified for the erstwhile APC’s National chairman, Adams Oshiomole to come in as Governor while same scenario played out in Ondo among other numerous references.

While Nigerians and the rest of the world watch APC destroying Nigerian hard earned democracy, the lead counsel of PDP in the case under review, Justice Oputepa Sam Jibrin in great dismay reacted thus: “I found it extremely embarrassing to see this happening at the Supreme Court. It is sad! It is unfortunate! I think democracy as militarised has been endorsed by the apex Court of Nigeria. To say that you can abandon pleadings and grounds of petition in a brief of arguments at the Court of Appeal is a strange jurisprudence that I now learnt today. Technical justice is no justice. It is sad. God help Nigerians”

To one Nathaniel Praise, reacting to Sam Jibrin’s comment, ” it is unfortunate and shameful indeed sir. You and your legal team have done your best in restoring people’s mandate. But the supreme court of APC and Tanko did their own as it pleases them”.

To one Ben O, he says “Court has legalized another way of organizing civil coup against Nigerian democracy through the use of weapons…for IGP to say on NTA how fake police overpowered his 35,000 men deployed to Kogi and the supreme Court can give verdict in favour of such case remains a lesson to Nigerians”.

To one Eddie O, he says, ” I don’t expect any other judgement that would be against APC because the present Nigeria judiciary is an arm of APC…”.

Though, the views of Nigerians pouring do not necessarily matter to Nigerian Judiciary, let me conclude that, yes, Nigerian Judiciary has delivered its own judgement but we should not forget that no one can manipulate or influence God’s judgement that is coming in due course and may the spirits of late Mrs Salome Abuh and That Of Late Daniel Usman and others who lost their lives in the said Election locate those who master minded this injustice against the good people of Kogi State. Amen.

Spread the love
TAG#KogiStateJudiciary
Previous PostBreaking: Body Of Benchers Makes U-Turn To Restrict Call To Bar Ceremonies To Aspirants Alone Next PostJust In: Ahead Of Supreme Court Judgement, PDP Youth Leader Urges DSS To Invite Him Instead Of Embarking On Social Engineering

Opinion: The Unimaginable Dichotomy Between The Magistracy And The Area Courts Division Of The Kogi State Judiciary By, Hon Benu Solomon

Opinion: All Eyes On Kogi Judiciary As Nigerians Patiently Await The Successor Of Late Chief Judge Of The State, Justice Nasiru Ajanah By Sani Michael Omakoji