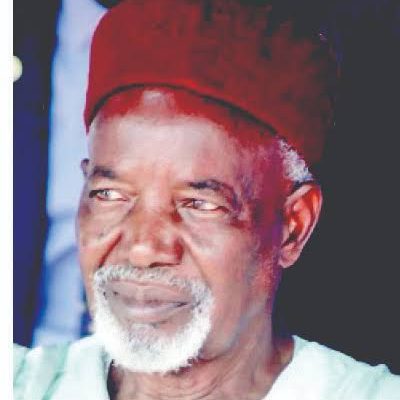 Kaduna state and the rest of Nigeria were thrown into mourning on Tuesday being 10th November, 2020 following the demise of its political guru, a detribalized Nigerian, a leader of both local and international repute, Alhaji Musa Balarabe, the second Republican Governor of old Kaduna state.

This devastating development has got a lot of Nigerians talking and the latest to add his voice is respected Sam Jibrin Okupeta ( SAN ).

Here is his reaction:

“Today I read that Alhaji A Balarabe Musa the former Governor of old Kaduna State is dead. Nigerians have lost one of the foremost and iconic political juggernauts.

He was a shining examples of a leader who lived by example. He was not one of those who live austentatious life style.

As Governor of old Kaduna State, he was not interested in ‘primordial primitive acquisition’ of worldly material acquisition.

My friend Richard Akinola put it better than I can do.
He wrote thus: “I was once in his house in Kaduna, late one night, at about 11pm.

That agbero boy, Shehu Sani took me there to greet the ex-Governor of Kaduna state.

An old, simple, austere bungalow. Parked in the compound was a “flat boot” Mercedes Benz that had seen torture. No fence, no police guards.

The sitting room door was ajar. He wasn’t afraid of any armed robber because there was nothing of substance, materially, any robber could steal in the house.

Alhaji Balarabe Musa was alone in the sitting room, at peace with himself. In the morning, he would go to his farm and retire later in the day to deal with national issues.

Juxtapose his nondescript house with those of today’s former governors! But Balarabe Musa had no regret living an austere lifestyle.

As Kaduna state second Republic Governor, Balarabe preferred to be impeached by the NPN-controlled House of Assembly, than bribe them to approve his list of commissioners.

He ran the state for about two years without commissioners before he was impeached, culminating in a long-drawn legal battle led by his counsel, GOK Ajayi.

He may have died but his legacies live on. Sleep well Pa Alhaji A Balarabe Musa.

Please greet Gani Fawehinmi SAN for me.Tell him that the legal profession is going down in Nigeria. Tell Gani that lawyers cannot conduct free, fair and credible elections.

Tell him that the law now is that public documents must be tendered by the makers in election petitions. Just greet Gani for us”

Opinion: Sam Okutepa (SAN), Xrays Between  AGF or GCB Who Should  Be The One To Make The Rules Of Professional Conduct In The Legal Profession