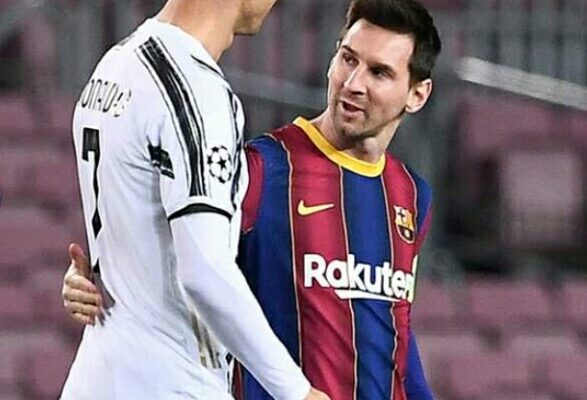 It was a mark of honour for Christian Ronaldo last night at Camp Nou as he received standing ovation from Barcelona’s officials after helping his side Juventus to score twice against Barcelona in a UEFA champions league clash.

The match which ended three goals to nothing in favour of old Lady ( Juve), saw Ronaldo displayed a world class performance.

After the match, Ronaldo himself has this to say: “Always great to return to Spain and to Catalunya, always hard to play in Camp Nou against one of the best teams I ever faced. Today we were a team of Champions! A true, strong and united family! Playing like this, we have nothing to fear until the end of the season… Let’s go!”.

Meanwhile, Football pundits are currently on twitterr giving it to Christian Ronaldo as the best player ever in the history of football saying that there is no basis for comparison between him and Lionel Messi as he has proved his supremacy both at the country level and in all leagues he has played unlike Messi who cannot perform out side Barcelona and often let the team down when they most needed him.

Consequently, even Messi’s fans have joined others in acknowledging Ronaldo as the real ” Goat “.