Home Sports Sport: Christian Ronaldo Reacts To The Most Prestigious Award Of The Century 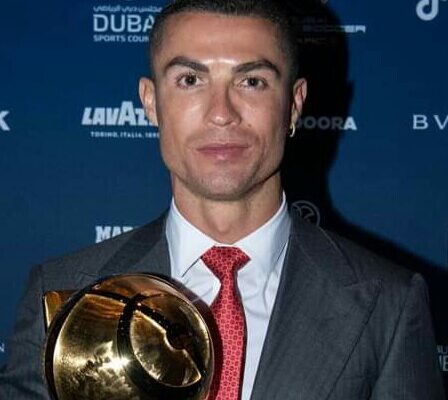 Football Maestro, Christian Ronaldo has reacted to the most prestigious award of the century which places him ahead of any player that have ever played football.

The award which took place in united Arab Emirate Dubai was organized by Globe Soccer.

Christian Ronaldo becomes the first play in history to win this award call Globe Soccer Player Of The Century.

In his reaction, Christian Ronaldo says: “Coudn’t be happier with tonight’s award! As I’m about to celebrate my 20th year as a professional footballer, Globe Soccer Player Of The Century is a recognition that I receive with so much joy and pride! Once again, great Gala tonight in Dubai at such an amazing place as Burj Khalifa.

Also to Casillas and Piqué for their Career Awards, and last but not least, congrats to my friend Jorge Mendes on his Agent Of The Century Award.

Finally I must thank, once again, to the Dubai Royal Family for the respect, friendship and hospitality that I allways receive in wonderfull Dubai, and to all the fans that voted for me in such a huge worldwide online voting with over 21 million votes. 👏🏽🙌🏽💪🏽”

Spread the love
ALSO READ THIS:  Breaking: Manchester United Star & Nigerian International, Odion Ighalo Divorces Wife For Being Disrespectful To His Family
TAG#Football #ourworldgist #Ronaldo #Sport
Previous PostSurvivalFund: Osinbajo Seeks For The Expansion Of The Programme Next Post2021 Prophetic Declaration: Prophet Releases 70 Prophecies As He Saw Danger Ahead Of A Governor & Assassination Attempt Against Popular Politician 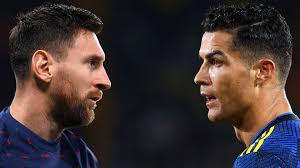