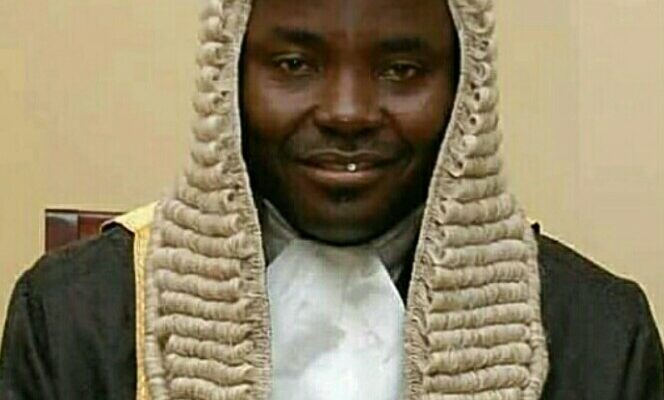 The complex nature of Nigeria society leading to the patronage of gross nepotism, tribalism, regionalism, sectionalism and ethnicity has generated alot of heated debate.

This debate is centred around constitutional amendment or system restructuring.

Surprisedly, our learned slink, J.S Okutepa (SAN ) differs in opinion as he calls for attitudinal amendment instead.

The procedures are set out in the Constitution. For understanding of what I proposed to do in this write up, it will not be out of place to set out the provisions of the constitution dealing with constitutional amendments.

Section 9 of the 1999 constitution set out the processes and or procedures to amend the constitution of Nigeria.

There is not doubt that the National Assembly and the State Houses of Assembly have successfully amended the 1999 Constitution since the advent of civilian rule in 1999.

That is why we have the first, second, third and fourth Alterations Acts.

In this write up, I shall attempt to argue that the problems of Nigeria and Nigerians is not in the amendments of the constitution.

Our problem is much more deeper than amendments of constitution or any law for that matter.

There is nothing fundamentally wrong with our constitution. What is wrong with us is us. Nigerians are the problems of Nigeria.

In this article I shall attempt to show that many of the problems we have are our inability to obey the laws of the land and pay absolute fidelity to the provisions of our laws and the constitution.

Many had argued that we need restructuring of the Nigerian states to reflects the diversities of our ethnic nationalities. This restructuring they argued has to be done through constitutional amendments.

To this end it has been suggested that we go back to Regionalism. That is going back to Regional Government where each of the Region with be autonomous and controls it’s resources.

The proponents of this arguments pointed out the achievements of old regions and argued that that was when Nigeria witnessed real developments.

I do not want to believe that our problem of underdevelopment can be traced to the door steps of the type of system we operate.

I think our real problem as I said earlier can be linked to our unpatriotic attitudes and the fact that many do not believe in the project called Nigeria.

Our propensity to focus more on self-serving and primordial partisan selfish interest has retarded the progress of Nigeria than the absence of laws or constitutional amendments.

Let me say with respect that the finest of amendments if operated by unpatriotic and self-serving people as it appears to our case will produce the same or even worst result.

For instance we have beautiful provisions in our constitution which are being obeyed in breach.

I will cite few examples. Under section 162(9) of our constitution it is stated therein that:
(9) Any amount standing to the credit of the judiciary in the Federation Account shall be paid directly to the National Judicial Councils for disbursement to the heads of courts established for the Federation and the States under section 6 of this Constitution.
This section means what it says. Give money meant for judiciary to the heads of courts. While some stated and from information Federal judiciary is said to enjoy the protection of section 162(9) of the Constitution others are not respecting this clear provisions of the Constitution.

In terms of appointments of judicial officers we see more breaches of our constitution.

For me there is a need for all Nigerians to engage in attitudinal amendments than focusing on amendments to our constitution and laws being operated by bad people”.