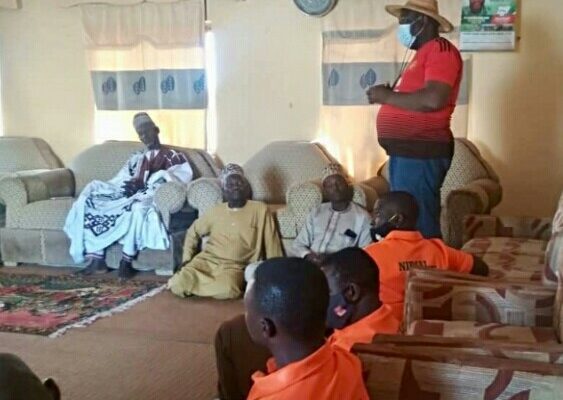 NIRSAL Microfinance Bank   has revealed that Traditional Leaders are used to help recover loan from Nigerians. The Bank made it known on its official twitter handle being Monday 1st March 2021.

The tweet reads: “Loan repayment marks the end of a successful farming season under the NIRSAL Agro Geo-CooperativeRegistered sign (AGC) model. To achieve 100% repayment, NIRSAL Plc uses various tools, one of which is season-long engagements with traditional leaders”

In a follow up tweet, the bank added, ” In Dukku LGA, Gombe State, we met with the District Head of Lafiya community and leaders of Malala Lafiya AGC to thank them for embracing the NIRSAL AGC model and remind farmers of their loan repayment obligation”.

Recall NIRSAL MicroFinance Bank was Established among other functions to catalyse the flow of finance and investments into fixed agricultural value chains across Nigeria.