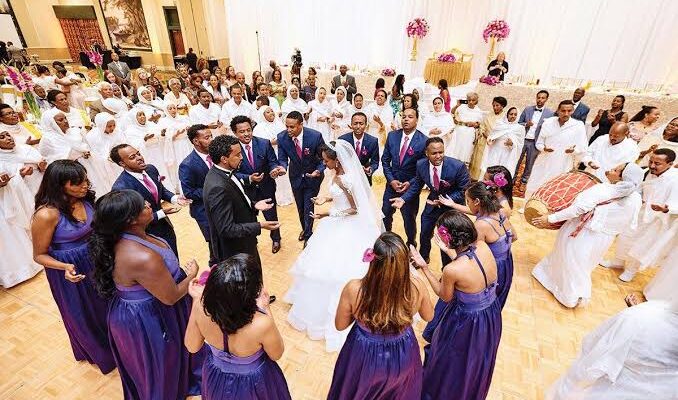 It is not out of place in Africa to hear that those that are married are the most responsible people not minding the fact that some of these married couples are living from hands to mouths and some are even Dependants on those single siblings who are well to do.

Notwithstanding the popularity this assertion has gained in Africa setting, recently, one of Nigeria’s social media influencer, Bizuum Yadok has said on the opposite that “Marriage is not an achievement”.

In what has generated faceoff and misgivings on social media, Bizuum Yadok has this to say:
“Marriage is not an achievement” I said, and we reached a checkpoint in our conversation.

She paused for a while, her hands still covered in dying lather from the dishes she was washing in the kitchen and faced me with eyes that said ‘you must be out of your mind’.

She might have made to slap me if she was immature. I deduced what I had said sounded like blasphemy in her ears, but she collected herself and said “ehen?”, the kind of ‘ehen’ that meant ‘what did you just say?’.

I folded my arms, and looked at her straight in the eyes – just in case she thought it was a Freudian slip – then, calmly, slowly, but loudly, I repeated myself, “Marriage is not an achievement”.

That was an excerpt from my conversation with an unmarried Nigerian lady that age 40 was beckoning.

To stifle your curiosity about the convo, it ended well, at least civilly.

But the point I intend to make here is that Nigerian society has programmed us, particularly women, to think that Marriage is a noble achievement.

Achievement? Is it? How? Well, to answer, some ladies would loosely compare marriage to earning a degree, securing a job, owning a house, or in the worst case, winning a lottery.

A lady once lamented to my hearing in Hausa “nib a aure ba, ba makaranta ba, ba aiki ba” ‘I have neither marriage nor a certificate, nor a job’.

On the contrary, I believe one needs to work hard to earn a degree, build a house etc.

Infact, these achievements require rigorous and strategic planning but can these principles be applied in securing a life partner?

Nigerian market literature is flooded with how-to books regarding marriage and its biggest customers are women. Are you surprised?

Understandably, there are more women in existence than men, by the time one adds the number of widows the ratio could be scary.

Nonetheless, marriage is not an achievement, if it is, the women who have stockpiled books of marriage how-tos would be married, or at least be happily married.

For the marriage-is-an-achievement thinkers (some females), they practice all the rules that would turn them into a magnet to attract males before they finally make their own “best pick”.

They live for the men and forget to live for themselves, pursue personal goals or ambitions.

Ten years later, ask them if they still have the best pick. Some responses would shock you. Some flaunt, not their husbands, but the idea of being married even when they have other things to show.

Foolishly, some women of their type would spin cords of envy in reaction.

I hope this piece doesn’t make me look like a marriage hater. By the way, my idea of marriage is a union between a MAN and WOMAN and not any otherwise.

A successful wedding demands assiduous planning and organization but that may not hold for marriage. Most people that get married often meet accidentally and make the conscious choice to get married, hoping it would pay off in the long run.

For some girls, the goal is to dazzle their peers with glittering rings while hoping to bear fine kids for their men. For some men, marriage is just a means to the ends of having children and, perhaps, free sex.

Over 40% of marriages in the West have failed, another 35% are merely tolerable and at the brink of collapse and less than 25% can unabashedly say they are happily married. In Nigeria, over 60% of marriages are merely enduring.

I believe statistics would bear me out on that. If you ask me again whether the marriage institution should still be sustained, I will give you an emphatic Yes! But Marriage is still not an achievement.

I have seen whores end up happily in their marital homes, though rarely, while virgins in their thirties remain single.

How does that boil down to an achievement? I have also seen glamorous Kim-Kardashian-kind weddings end up in miry marriages, while the low-keyed ones record a tremendous success.

How does that become an achievement? Some marriages have ironically turned out to be battle grounds for both sexes and I wonder how the couple has worked to achieve that feat.

There are some women who consciously walk into a polygamous home and would swear that they have achieved marriage, maybe Lola Shoneyin or Buchi Emecheta could clarify me on that.

Marriage is not an eternal state of bliss, neither is singleness a disease. But the satisfaction of an individual in each phase is most imperative.

For the avoidance of doubt, marriage is a very very beautiful thing. But it is not something someone should struggle hard to achieve, because it is a free gift. It is an unmerited favour “lest anyone should boast about it” and the God that brings the couple together can and will sustain them if they depend on him.

I aspire to be married someday and stay put in the marital home, but that cannot be a function of my desire or self-will, rather it would be God’s grace.

So my sister, if you are married, be happy and thankful about it, don’t just be too proud and loud about it else you incur unnecessary envy.

If it’s not working, pray hard “e go better.” And if you are not married, use the waiting opportunity to pursue your personal dreams, then like rains after hammartan, your husband will come. Like I said, it is not an achievement, it is a gift”.

ALSO READ THIS:  Pastor Who Specialises In Snatching & Swapping Wives, Marrying Mothers & Daughters To Face CAN
Spread the love
TAG#Marriage
Previous PostCubana: Father Kelvin Ugwu Gives Reasons Why You Must Make Money At Your Own Pace. Next PostOpinion: I See Great Intellectual Revolution In PDP Through Comrade Austin Okai - Says Alex Agbo 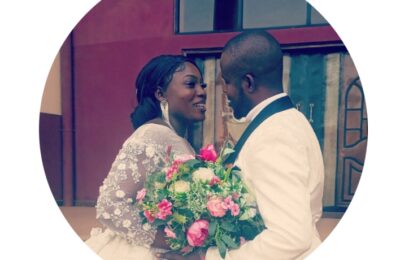