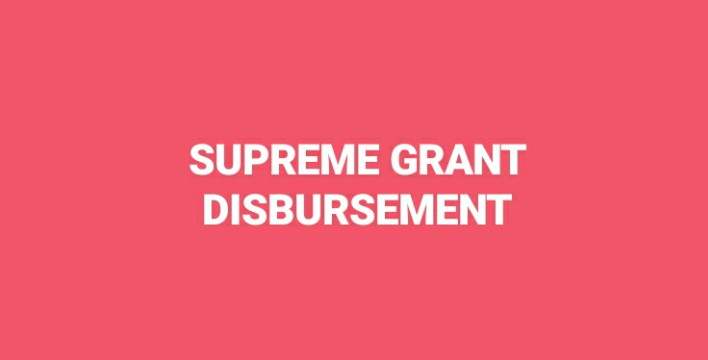 Supreme grant foundation has on Monday being 13th June 2022 given an open invitation to its potential beneficiaries to come to her head office in Badagry, Lagos, to verify their biodata.

The statement added that, beneficiaries instead of coming individually can channel their confirmation via the cluster head who in turn would relate to them what needed to be added or subtracted from their biodata.

The press release authored by one Adewale Samuel, said, the office is opened for this activity between the hour of 9am to 5pm Monday to Friday until the end of June, 2022.

The press release congratulated the beneficiaries in advance and also thanked them for their support and endurance all this while.

OurWorldGist, will follow this promise to confirm that the disbursement is done as speculated therefore, stay connected.