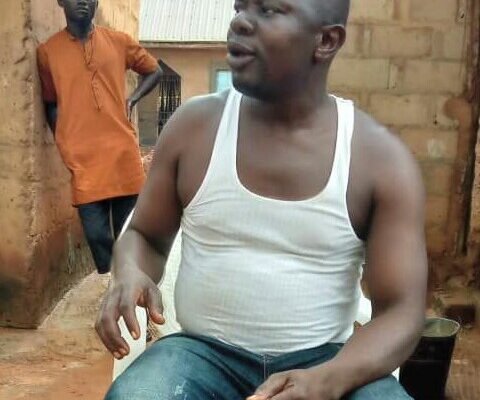 The group in a press statement made available to press men as issued by the spokeperson of the group Engr Lawrence Akpa, called on the law enforcement agents to arrest the duo for leading an attack on the opposition party, the Peoples Democratic Party ( PDP ), on the mentioned date which resulted into the burning of cars and destruction of properties belonging to the PDP’s Supporters. 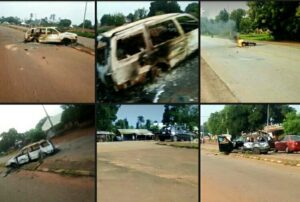 Part of the press statement reads: ” election is yet to commence, but APC’s thugs have started causing mayhem in the area and other part of Kogi East.

Politics according to Igala’s definition is a game of wisdom, but is often sadden that ours in Kogi East unlike other parts of the state is often in violence.

Why should APC’s thugs unleash attack on opposition party for the simple reason that PDP were having stakeholders meeting at Ologba community?

Igala Vanguard will not accept this politics of violence this time around and all hands will be on desk that the perpetrators of this barbaric act would be brought to book to face the full wrath of the law”.

Igala Vanguard is a sociocultural organization that stands for the development, peace and unity of Igala ‘s land.

Meanwhile, further investigation carried out by OurWorldGist  uncovered that Mr Shagari Ojiji, and Honourable Achile, were driven down to Ologba, by one Udale Medugwu who is believed to be head of revenue collection in the area.

Fact finding about Udale Medugwu revealed that he is a notorious fellow who is well armed with dangerous weapons moving about and causing mayhem in the community unhindered as he often boasted that he has the backing of the state government.

Photos of those on the run 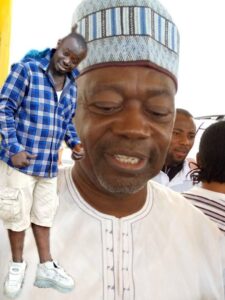 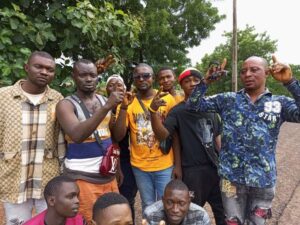