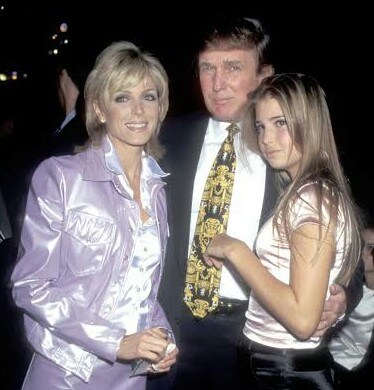 The second daughter of the late wife of the former, U.S.A President,  Ivanka Trump, has said she was heartbroken following her mother’s demise,Ivana Marie Trump.

She added, “she modeled strength, tenacity and determination in her every action”.

Ivanka Trump in an emotional post which attracted thousands of reactions on Facebook shortly after her mother’s dearth writes:
“Heartbroken by the passing of my mother. Mom was brilliant, charming, passionate and wickedly funny. She modeled strength, tenacity and determination in her every action. She lived life to the fullest — never forgoing an opportunity to laugh and dance.

I will miss her forever and will keep her memory alive in our hearts always”.

News broke out on July 14, 2022, that Ivana Trump died at her home in New York after being found unconscious and unresponsive at the bottom of a staircase.

Meanwhile, burial arrangements of Ivana Trump is yet to be disclose as at the time of filing this report however, #OurWorldGist , is on the standby to keep you posted.