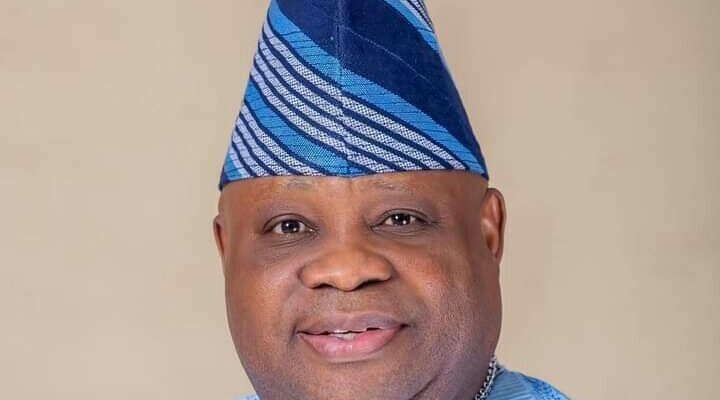 Engr Musa Wada, has felicitated with the Governor Elect of Osun State, Senator Ademola Adeleke on his well deserved victory at the polls.

Engr Musa Wada, made this known on his official Facebook account on Sunday being 17th July 2022 shortly after the official announcement of     Senator Adeleke Ademola as Governor Elect of Osun State by Independent National Electoral Commission ( INEC )

Please accept my warm congratulations on your victory and my best wishes for your success as you prepare to take up the responsibilities and challenges of your high office.

As you warm up to embark upon your new responsibilities, may the Almighty God be your leading direction.

I look forward to working with you not only to develop closer relations between our state on affairs of our great Party, but also to concert our efforts in the cause of peace and the brotherhood of all peoples progress”.

Engr Musa Wada, is the gentle dove politician from Kogi State who was robbed in Kogi gubernatorial November 2019 election by the self imposed sitting Governor of the State.

Spread the love
ALSO READ THIS:  J.S Okutepa Reacts To The Trending Video Of Justice Umar Reported To Have Harassed A Computer Accessories Seller At Banex Plaza, Abu
TAG#EngrMusaWada #Osundecides #ourworldgist #SenatorAdemolaAdeleke
Previous PostTheobarth : If You Are Out To Help The Poor, Why Are You Demanding N500, 000 Before Disbursement ? - Helen Okowa Next PostAdeleke Ademola Of PDP Defeats Incumbent Governor To Become Osun Governor ( See Breakdown )