Home Politics #TinubuBishops: One Spotted As Mechanic By A Regular Customer 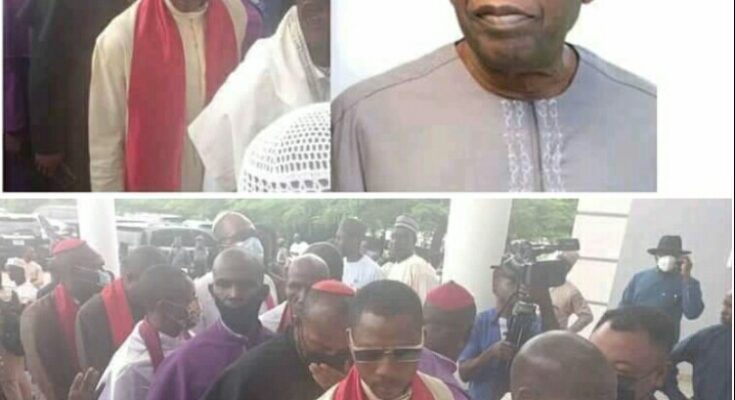 #TinubuBishops: One Spotted As Mechanic By A Regular Customer

One of the unknown Bishops paraded by All Progressive Congress ( APC ) presidential flagbearer, Asiwaju Ahmed Bola Tinubu , on Wednesday being 20th July 2022 at the unveiling of Kashim Shettima to confirm the party’s Muslim/Muslim ticket has been identified as a Mechanic.

Disclosing the identity, Mr Offor, who has been a regular customer to the Mechanic, identified him as Mr “Kamoru“.

In what expressed on his twitter handle to be a “comic shock “, OurWorldGist culled from Mr Offor, “Bishop Ke? This Kamoru My Mechanic, When did he become a bishop ?” 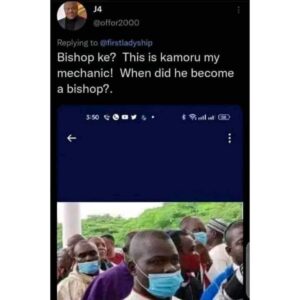 In what seemed to have generated a lot of reactions amongst Nigerians, social media especially Twitter and Facebook are currently agog with, so many hashtag like #TinubuBishops, #APCWayo, #Muslim/MuslimTicket, #TinubuDesperation, #Cheating, #Shamless and a lot more.

Of all the trending issues, #TinubuBishops is the much talked about so far considering the heavy traffic is building up.

Recall, APC has unveiled Senator Kashim Shettima yesterday as its Vice President ahead of 2023 presidential election.

The joint ticket, which has received wide criticism because of its Muslim/Muslim affairs, is a dying political adventure that is struggling to appease the public thus, the hiring of unknown Bishops popularly referred to as ” #TinubuBishops ” became a failed option by APC.

Spread the love
ALSO READ THIS:  Just In: More Trouble For Oshiomole As APC Govs Forum DG blames Him For APC's Crises
TAG#ourworldgist #Tinubu #TinubuBishops
Previous PostA Book Titled "Emerging Issues In Nigerian Law", To Mark 11Yrs Of J.S Okutepa As SAN Presented To The Public Next PostMade In Nigeria Storms Lokoja To Tell 108 Yrs Of Nigeria's History In 120 Minutes