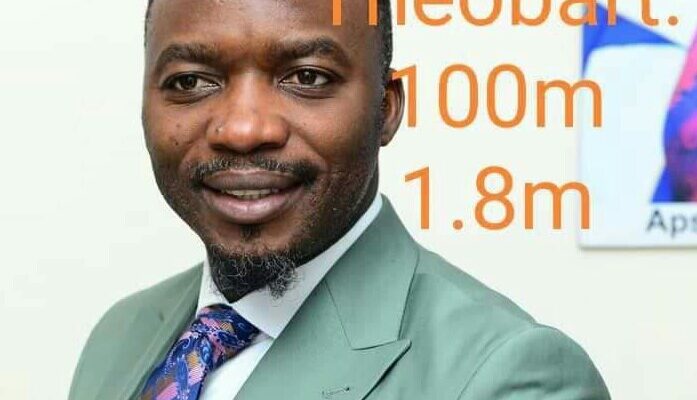 A senior lawyer who is also a subscriber of Theobarth Global Foundation, Barrister Eddy Ncha, has explained how the Chief Executive officer in charge of the NGO in person of Apostle Theophilus Ebonyi, has committed what he described as ” Impersonation and Murder “.

Barrister Eddy Ncha made this claim following the protracted delay of the grant disbursement.

In a painstaking write up, he writes:
“The last time I posted an exiguous expository article about the Uncertainty and Double Statements in Theobarth Grant, naive and shallow reasoning subscribers, called me all sorts of names.

Some asked whether I am a real lawyer, while some said i am a fake. But majority of rational thinking members of this platform, veritably understood my position and like my post.

Today I will like to give a brief explanation on the offences of MURDER and IMPERSONATION as it concerns Theobarth’s Grant Handlers; and on how they have murdered several subscribers by means of their intentional acts.

Before giving the details of the perceived offences, I will first of all give a legal definition of the referred terms, IMPERSONATION AND MURDER in legal context

Injury also does not actually means a conspicuous or physical bruises that spill blood or otherwise.

Injury could mean psychological trauma, or any other thing that may lead or cause bodily harms or injury that causes one’s death.

Psychologically, there are people with heart injuries , blood injuries, mental injuries etc, that causes their death.

While Section 484 of Criminal Code LFN, see impersonation as; Any person who with intent to defraud a person of another, falsely represent himself to be some other person living or dead for him to actualize his intentions, such person is guilty of a felony and is liable to imprisonment of three (3) years. And if the representation is that the offender or the committant of the offence is a person entitled by will or operation of law to any specific property or assignment and commit the offence to obtain such property or possession, thereof, he is liable to imprisonment for Fourteen (14) years.

Now let’s look at the activities of Theobarth in relation to the cited laws in respect to grant.

He has committed murder by his act which caused bodily injury that lead to the dead of many subscribers.

Injury, as a lawyer, could be defend or interpreted as a means of developing unsound or imbalance health, eg developing BP which thereafter result to stroke, or mental imbalance against the victim(s). BP can lead to several illness that can easily kill the victim.

AND consistent promises and failure on the part of Apostle Theophilus had directly caused such bodily harms or injuries to so many people (subscribers) of which many are dead by now while many others are still
suffering with such effects.

ALSO READ THIS:  Theobarth Grant Is As Difficult As For A Camel To Pass Through An Eye Of A Needle - Says Abraham Gyang

So directly or indirectly, by his (Theo) acts, majority of subscribers have been sent to the land of the silent people.

Victims of such unfortunate circumstances may be debtors to financial institutions, or may be debtors to groups or individuals lendersl where such funds were obtained to execute the demands or requirements as so specified by Theobarth in anticipation to reap therefrom which turned out into consistent promises and failure by Theobarth Grant Handlers.

Impersonation, is a Grievous Criminal Offence, (GCO) and Theobarth has committed such by means of representing himself as being capable to liberate Millions of Nigerians from poverty.

And all these where done and successfully achieved by him Theobarth, yet disbursement remains in the shadow.

And except he disburse as so promised, he has committed the alleged offences.

Pls subscriber, speak out to the hearing of others.
Res Ipsa liqutour”.

Theobarth grant has been in the news for disbursement since 2019 but is yet to disburse and as such, OurWorldGist shall continue to update you news concerning this grants and others. Nigerians In Germany With Their Hitler Spirit Celebrating The Blood of Innocent Nigerians In A Carnival of Shame By Nwankwo T. Nwaezeigwe