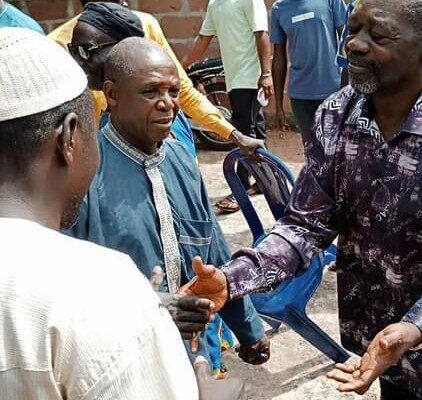 A political group loyal to a chieftain of Peoples Democratic Party (PDP), Positive Ihiabe has sealed a deal to work for the victory of the House of Representative Candidate of the All Progressives Congress (APC), Paul Gowon Haruna in the forthcoming 2023 polls.

Ihiabe, who lost his bid to the Peoples’ Democratic ( PDP ) flag bearer, having scored one vote in the recently conducted primary election in Dekina-Bassa federal constituency, reportedly instructed his foot soldiers to work for APC at the polls.

Madia Team of Paul Gowon ( IJN) leaked out that Ihiabe’s political family had on Friday during the week held a strategic meeting with IJN on how to conquer Dekina / Bassa Federal Constituency come 2023.

The coordinator of Positive Ihiabe political group, Ojode Ikani, a native of Olowa who presided over the meeting, highlighted reasons they decided to hold the meeting to align themselves with Hon. Paul Gowon Haruna.

According to him, their principal was fully aware of the meeting.

He confirmed they attended the meeting on his instructions and directive. 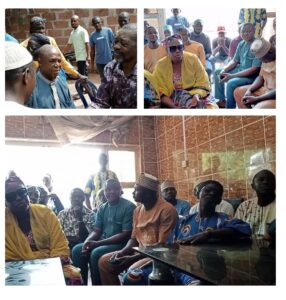 After highlighting Gowon Haruna’s political antecedents, he made it known and cleared before everyone that the political family of Hon. Positive Ihiabe were with the APC candidate to give him necessary support ahead of 2023 election, in order to ensure he wins and represent them in the green chamber of the National Assembly.

He noted the cordial relationship between him and their principal and how long they have gone politically.

He also promised to bring the needed development to the constituency, and reward them specially.

Spread the love
ALSO READ THIS:  Happening Now: Passengers, Vehicles From Eastern Part Of The Country Stranded In Lokoja As Flood Takes Over The Only Road
TAG#IJN #ourworldgist
Previous PostNaira Redesign: A Positive Move To Curb 'Illicit Economic Practices' By, Sani Michael Omakoji Next PostNsuk Students Commend Management For The Successful Examination