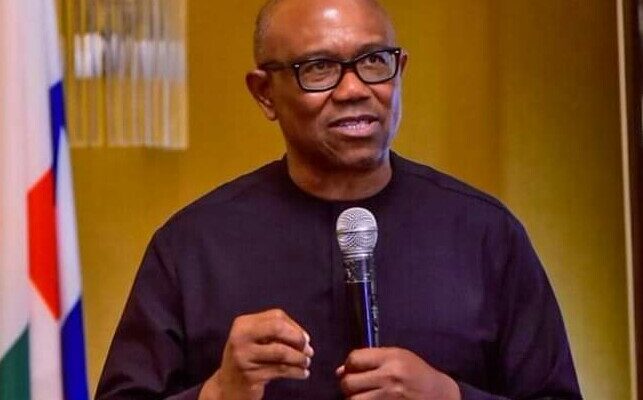 The story was told how a slave among a family entourage on a visit to a neighboring community pleaded with his companions not to reveal his identity before their expected hosts.

His co-travelers agreed and promised not to identify him as a slave among them.

However while on their journey they were beaten by heavy rainfall. On getting to their destination the slave quickly pulled his dress and hung on the smoking fire.

Immediately their host exclaimed: “why are you behaving like a slave?” His colleagues turned to him and asked, were we the ones who revealed your identity?

This is the position of some Osu descendants in Southeast Igboland. So the solution to Osu caste system in Igboland does not rest on abolition upon abolition but on the attitudinal dispositions of the Osu descendants and those who by acculturation have become adopted Osu without their knowledge.

A man was bound hands and legs by his kinsmen in preparation to administer curative drugs on him.

While a herbalist sat beside him preparing the curative concoctions, the mad man turned to his kinsmen and said, it is right for you to have invited the herbalist to prepare the medicine for me, but have you asked me if I am willing to drink it?

This is the fundamental point deserving factual understanding among those battling to nullify the Osu caste system in Igboland.

Thus the question arises, are those stigmatized as Osu by their respective communities willing to shed off their mentality as outcastes among their people?

This has been the basis of my study over the years, not just as a professional historian but one with very strong research bias in Igbo history and culture.

As the pioneer Director of the Centre for Igbo Studies, University of Nigeria Nsukka, as well as historical consultant to three cradles of Igbo history and culture, viz: Igbo-Ukwu, Adazi-Nnukwu, and Ikenga-Nri (Akamkpisi-Nri), all in Anambra State, I tried to play down the study of Osu caste system in Igboland because of its delicate political undertones.

However I am compelled to drop these few lines on the subject matter following some enthusing revelations in the course of my circumstantial interactions with two Osu descendants named Cyril Okwuosa and Bonny Okonkwo who, by their mental dispositions and attitudinal cacophony see their Osu identity as the very weapon with which to undermine collective positive Igbo development, security and unity.

Although these two men fell short of identifying their respective hometowns, their contact phone numbers will serve as a lesson to those who see their social disabilities as weapons to undermine collective Igbo interests.

Cyril Okwuosa with cell phone number +2348023115695 claims to be an IPOB member who rather than engage the Fulani herdsmen who kidnap, rape and kill his people, celebrates the slaughtering of his Igbo kinsmen by his Eastern Security Network codenamed unknown gunmen.

He has no fix job but sleeps from one obscure cyber café to another in Lagos State in search of whom to defraud and occasionally sneaks back to the Southeast to maim and kill his kinsmen because to him his family is not reckoned with in his town because of their Osu identity.

ALSO READ THIS:  FG To Face More Than #ENDSARS Protest As Students Mobilize & Regroup Across The Country

Similarly, Bonny Okonkwo who disguises his location with Republic of South Africa cell phone number +27670313591 but who reliably operates as an unknown gunman in the Southeast believes that his primary enemies are not the Fulani herdsmen but his town’s people who brand him as an outcaste and discriminate against his family because they are Osu.

These two men by their satanic dispositions as unknown gunmen shamelessly oppose the Obidient Movement under the guise of the fraudulent IPOB Biafra project.

So what can be more outcaste for people who are already wearing the garb of ritual outcastes in their communities than their insane opposition to Peter Obi’s Presidential project?

It needs therefore to be pointed out that one fundamental definition of an Osu is not his rejection as equal citizen among his people, but as someone who presents himself as an antithesis to everything that defines both the collective progress of his Igboland, traditional institutions of his community and their cultural identity, whether under the garb of Christianity or modernity or as a vile pay-back protest, as in cases of Bonny Okonkwo and Cyril Okwuosa.

A literary example of the attitudinal mentality of an Osu was Enoch of Chinua Achebe’s Things Fall Apart who in his infantile zeal as a new Christian convert decided to kill the sacred python.

It should also be recalled that it was this Osu caste pay-back mentality that partly undermined the 1967-70 Biafran secession because of the gang-up of some prominent Osu in Igboland, following a protest by some Nnewi notables against Ojukwu’s appointment of an Osu as his political adviser.

The question is how do you identify an Osu around you as in the cases of Bonny Okonkwo and Cyril Okwuosa?

Firstly, bearing in mind that most of these people categorized as Osu were slaves originally both from Nupe and Hausalands and so still retain some tokens of their ancestral Nupe and Hausa blood, any Igbo person who shows any form of negative disposition against Peter Obi being Nigeria’s President is both ancestrally and instinctively an Osu.

Secondly, if you belong to the category of Bonny Okonkwo and Cyril Okwuosa who celebrate the killing of their fellow Igbo kinsmen in the names of IPOB, ESN and Unknown Gunmen, you are an instinctive Osu.

Thirdly, if you are a member of IPOB who believes that any Igbo citizen who does not buy your idea of iniquitous Biafra Republic is your enemy worthy to be killed, you are an instinctive Osu.

Fourthly, if you belong to the category of Enoch of Chinua Achebe’s Things Fall Apart whether in the guise of Christianity or Osu mentality, who believe all Igbo customary heritages are demonic and sinful and thus need to be destroyed in whatever manner, you are a customary Osu.

Fifthly, if you are among those Osu people like Bonny Okonkwo and Cyril Okwuosa who believe because they are denied chieftaincy and traditional titles in their towns no other Igbo person deserving of such titles in his community deserves their respect, you are an OSU in capital letters.

ALSO READ THIS:  SARS And Their Hitting Spree By Medouye Adeyinka

These are the five fundamental definitions of an Osu in Igboland. So people are requested to carry out self-scrutiny, before they are scrutinized by others.