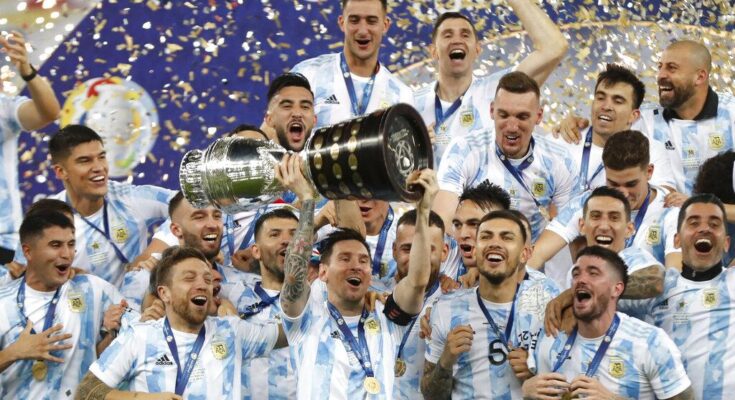 In a tensed encounter between two North America giants, Argentina and Brazil, Angel Di Maria of PSG and Argentine International scored the only goal of the encounter in front of Brazil fans at Estadio do Maracana stadium, Rio de Janeiro, Brazil.

In an apt reaction, Enemona Fortune, recounted how he prayed earnestly for his football Idol, Lionel Messi to win this trophy having attempted it for so long.

I prayed for you all through yesterday for God to break the spirit of near success syndrome from you. Thank God my prayers was answered.

I refused to watch the match, because I was highly tensed and couldn’t bear the anxiety, so I slept early after a hectic day.

I woke up at 4am and wanted checking the score of the match, but was still tensed, I had to summon courage to check it and when I did I was in euphoria.

This winning brings to rest the argument of your critics about never winning an international trophy, you did not just win it, you were the top scorer (5 goals) and won the player of the tournament award.

Savour the moment my man, your story will be told to generations how not giving up is a virtue.

Gracias GOAT argue with your keypads”.

Similarly, football enthusiasts around the world have congratulated Lionel Messi for winning his first major trophy with Argentina since he started his professional career.

This is now to say that Lionel Messi has broken the long standing phenomenon of not winning major trophy with Argentina unlike Portuguese International, Christian Ronaldo who has hitherto showcased class both with Portugal and four different clubs in Europe: Sporting Lisbon of Portugal, Manchester United of England, Real Madrid of Spain and now old ladies ( Juventus ) of Italy.

From sport desk of  OurWorldGist   this is congratulating Lionel Messi for closing up “record gag” between him and Christian Ronaldo.😁😁😁