Home Economy #Cryptocurrency: The Rising Value Even In The Face of Global Pandemic By, Sani Michael Omakoji 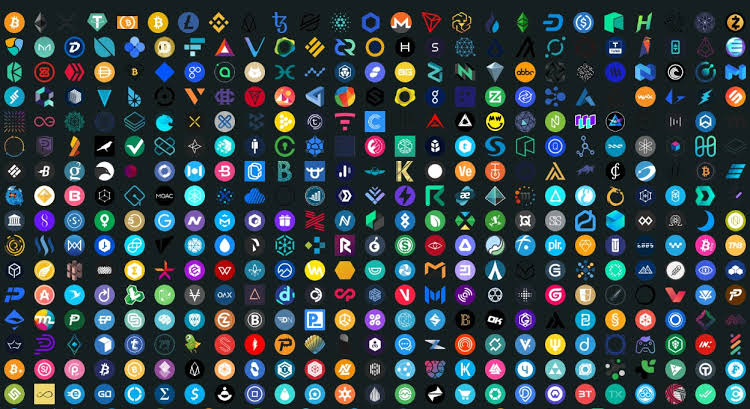 #Cryptocurrency: The Rising Value Even In The Face of Global Pandemic By, Sani Michael Omakoji

It is no longer news that #Cryptocurrency which was previously viewed as ponzi scheme has momentarily gained acceptance across the world.

To understand this article, we will take into account several points on #cryptocurrency, from the principles that drive values and prices to the ways to try to predict future developments.

To start with, while a physical product is mainly influenced by the material used to create it, cryptocurrencies are not tangible that one can touch or feel it and that’s the reason so many people don’t trust them.

However, in reality, also physical products could have no real value: if we think of our banknotes, not supported by any commodity, we can realize that they have no real value. For example, Zimbabwean Dollar which is reduced to almost mere paper has no value in Europe and in most countries of the world including some African countries.

Value therefore, as for other assets, is the result of what people perceive: speaking in very general terms if people perceive that a meme coin can have value and buy it, that meme coin will be worth more, and the rise in its price will be the outcome of this positive perception.

Dogecoin is the most famous meme coin around. It was considered a joke but look at the spike at price during 2021, the result of a strongly motivated and positive community and the support by celebrities like Elon Musk. It has no real value, it’s all about perception.

As we will see, there are many factors that influence the value and price of cryptos, but it is worth noting that many of them are getting closer to physical assets – or to stocks backed by physical assets.

Maybe this is the reason why even Warren Buffett is changing his mind on cryptos.

If we think of cryptos like Ethereum, applications and whole businesses are being created on its blockchain, and this definitely influences the value of Ether.

As time passes, cryptos are perceived as ever more real, but they still maintain some core differences with traditional assets and currencies.

Centralization involves a central authority – in our case, traditional currencies are mainly influenced by governments and central banks, like Central Bank of Nigeria (CBN).

Decentralization, on the other hand, doesn’t contemplate any central authority. Generally, cryptos are governed by large groups of people – the larger the group, the higher the level of security.

So, in those cases where the blockchain is not private, anyone can be a part of the governance – usually, this involves the acquisition of a certain amount of coins or tokens.

There are also cases in which there are no specific requirements because no specific governance groups are planned, and all the processes involved in the functioning of the cryptocurrency are taken in charge by nodes – like Bitcoin.

Once this point is clarified, it is easy to understand the main differences between traditional currencies and cryptocurrencies:

Governments and central banks can decide how many units of fiat currencies can be produced, and change it according to specific needs – like producing less money during high inflation periods.

When it comes to cryptocurrencies, some of them are limited in quantity, and this is decided upon creation.

There are also cryptocurrencies with no maximum supply, but usually there are some limits and when these have to be exceeded the whole community has to decide.

As a result, the value of cryptocurrencies cannot be decided or influenced by central authorities: cryptocurrencies gain or lose value mainly because of supply and demand, even if some measures to control it can be put in place – we will see these points extensively in the next paragraphs.

What influence the #Cryptocurrency value and how users influence it?

We believed the answer that it happens due to people’s behaviour.

Even if this is fundamental for any other market, this works even better for cryptos, precisely because of the absence of a central authority.

There are two main ways in which people can influence the value of a currency: the way they use it and the supply/ demand factor:

Let’s think of the surge of the Metaverse and one of the most important cryptos linked to this world, MANA, Decentraland. It was even used by JP Morgan to create the first bank branch in the metaverse.

Let’s have a look at the MANA to USD price during the past year that is 2021: even if this altcoin has no max supply, it managed to reach almost $6.

Users influence the value of cryptos also thanks to another well-known process, supply and demand but I will tell you more about this in the next paragraph.

How Does #Cryptocurrency Gain or Lose Value?
Let’s analyze in detail what are the forces that really drive cryptocurrencies’ value and price.

Supply of the currency
This is a very simple economic principle: the scarcer the good, the higher its value.

This is the principle according to which luxury brands create their fortunes.

But it always works for any kind of market and cryptocurrency is no exception. Usually, cryptocurrencies limited in supply are worth more  providing that they manage to attract people.

Many cryptos use special measures in order to influence the supply. The most common is the so-called burning event when some coins are simply destroyed to reduce supply and thereby boost prices.

Have a look at what happened to the price of BNB after the burning event was completed in January 2021.

Supply and Demand
This is another fundamental principle in economics: the more an asset is in demand, the higher its value  if the supply remains at least stable.

People can buy more units of an asset for several reasons: good marketing, a more positive perception of its value, a specific use case as we saw in the case of MANA when the metaverse became more popular.

Consider the price of Sandbox (SAND) during 2021: its rise is the result of the pandemic — SAND is one of the most important cryptos in the gaming industry  and the increased popularity of the metaverse.

Why some cryptos cost more than others
Because not all cryptos are the same. As we saw in this article, the price is a direct consequence of the perceived value and the result of combined forces.

Usually, scarce cryptocurrencies cost more, as well as cryptos that have a good marketing plan or that are used to create businesses and applications.

There are cryptos perceived as a good investment in the long run like Bitcoin and this makes traders and investors decide that it is better to hold them.

This influences supply because many units are kept out of the market, and the principle is very similar to the one we observed in burning events.

At the same time, there are cryptos that are just influenced by news or specific trends.

How to predict the crypto value
There are two main ways to predict whether a #cryptocurrency is about to gain or lose value: fundamental analysis and technical analysis.

Fundamental analysis
This kind of analysis takes into account the so-called tokenomics — that is, the fundamental aspects of crypto. Limits, functioning of the supply, kind of governance, consensus algorithm, use cases: all these features are considered by traders and investors who want to evaluate the validity of a project.

If that crypto is created to increase its value and it has a strong team behind it, it is safe to expect that the value of that crypto will actually increase. Traders of forex will appreciate this analysis more.

Technical Analysis
Usually, fundamental analysis is used to choose the most valuable projects, but technical analysis is used when it’s time to buy or sell: in fact, this type of analysis, which considers historical data to try to recognize frequent patterns, is useful to predict both rises and declines. Again, those who trade forex will understand this analysis better.

In conclusion, we reached the end of the article and one thing is for sure: to understand how cryptocurrencies gain or lose value there is not only one answer but a rich list of considerations as some of them are closely considered in the article.