A social media influencer from Kogi East, Comrade RealOne Emeje popularly known as “Holy Mallam” has described the House of Representative hopeful, for Dekina/ Bassa Federal constituency in person of Usman Austin Okai, as a sellable condidate for the Peoples Democratic Party ( PDP ).

RealOne Emeje who appealed to PDP delegates in Dekina not to waste their votes for any candidate other than Usman Austin Okai also ascertained that the “PERSONALITY” of comrade Usman Austin Okai, is a winner for the party owning to his values and integrity both now and in the past.

In a telephone conservation with OurWorldGist, RealOne explained further ” Okai who is an advocate of good governance will not disappoint his people if given the mandate “.

” I am very confidence that the young man who is vibrant and charismatic would change the narrative of underdevelopment due to poor representation in the past “. 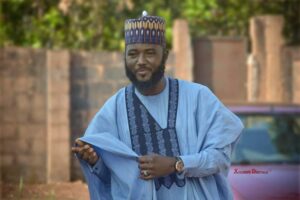 He therefore called on the PDP stakeholders to work harmoniously towards having Usman Austin Okai as an unopposed candidate stressing that his emergence would be the beginning of good thing in the area.

He also advised the youths in the area to shun thuggery and political hooliganism noting that those politicians who use them to cause violence during election have their children and Relations schooling and holidaying in abroad.

Comrade Usman Austin Okai is one of the notable Candidates hoping to win and represent the good people of Dekina / Bassa Federal constituency under the platform of PDP come 2023.