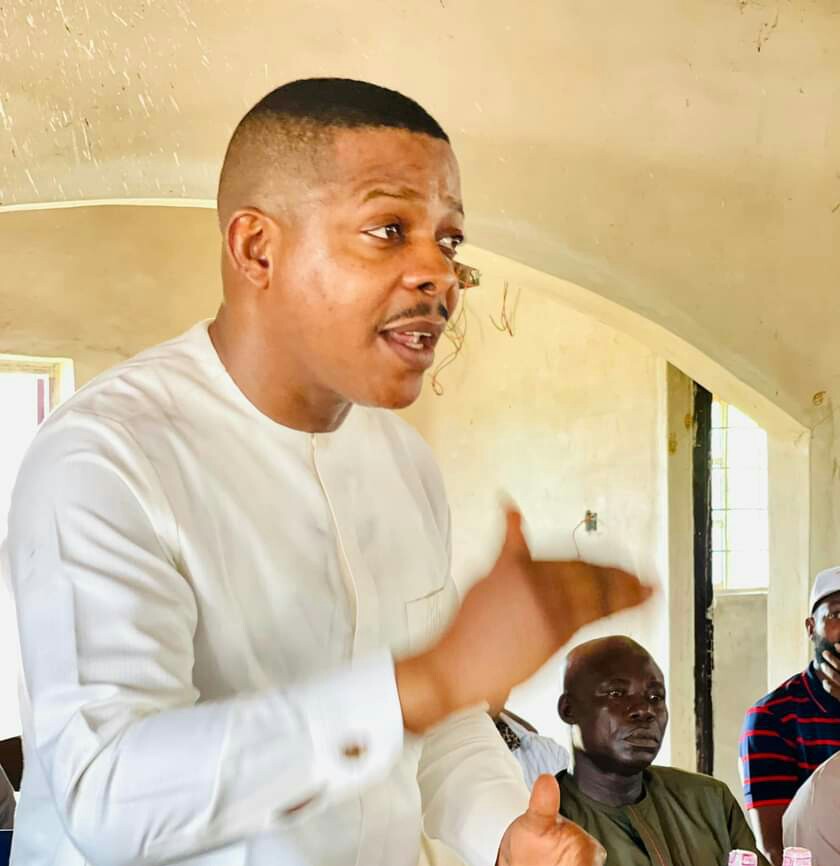 As 2023 draws close for Dekina / Bassa Federal constituency race, constituents of the area have been told to vote for  Austin Usman Okai   massively saying he “has no alternative”.

A social commentator, Comrade John Paul, made this observation in a painstaking article titled : “Okai Has No Alternative”.

In his apt and explicit article, Comrade Paul John writes thus:
“I don’t know what you have in mind concerning this man.

But I speak from my own perspective.

For 2023, Okai is uncommon candidate.

And from existing antecedents, the potentiality of his candidacy is not insignificant.

When many fell cheaply to needless inducement, Okai got formidable by the day!

To me and everyone who had added to the voices against the messianic grip of affairs in the present Kogi, Okai was and is a path we deemed safe.

When many flew to exile for safety, Okai remained where he is enduring threats and resuming in courts daily, Kudos sir.

An activist is never fancied by his present position or where he should be.

His surest optimism is the comfort of all.

At first, he is challenged by the immediacy of unlikely things craving attention within his environment.

He wishes he could alleviate them.

If he can’t, he wishes those who can, do so without hesitation, and when it is done contrarily, he raises his voice without regards for whose ox is gored.

To this end, Okai is not just an aspirant but a change agent you can trust.

As it is accustomed, the best way to change things is to get involved in the process.

Mamphela Ramphele was a great South-African woman who stood her ground in defense of Black race in South Africa.

Nelson Mandela was a change agent whose voice landed him in prison.

He left the prison, became president and projected South Africa to what it is today.

He is a member of the parliament and a presidential candidate in the last election. In short, I am bold to say he won the election but was rigged out. The list is endless.

Fellow Dekina/Bassa citizens, in light of existing unreliabilities in the political terrain, we could at least allow one who had beaten his chest and stood for us in his little way like Okai to take the lead.

Six years down the line, he did not compromise, his campaign style is something nice and moderate.

If we look beyond existing norms,we could see that Usman Okai Austin Cca has no alternative.

This is my vote of confidence”

Spread the love
ALSO READ THIS:  Just In: #Trump Talks Down His Opponent As He Says Democrat Has No Candidate
TAG#ourworldgist #UsmanAustinOkai
Previous PostTrump 's Senior Aid, Steve Bannon Ready To Testify At Capitol Riot Hearing Next PostBill Gates' Approval To 2,100 Acres Farmland Will Earn Him More Than His Tech Giant