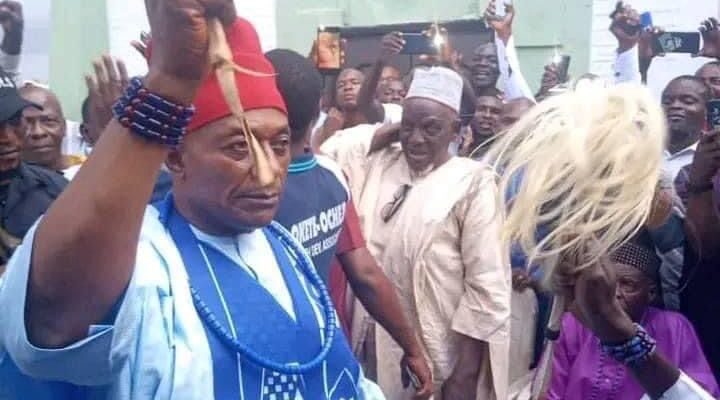 In a statement signed by Okai, he tasked the new traditional rulers on the glaring need to protect the sacred traditional hub as custodian of Igala’s culture.

The PDP candidate stated that their coming at a time when the two giant communities needed more advises from elders particularly the traditional class, so as to preserve the traditional legacies and imbibe new modest orientation on general conducts.

He urged the two traditional Rulers to demonstrate and protect the high traditional ladder the areas were meant for over the decades, expressing his confidence that their reigns will usher more peaceful coexistence, security, economic boom and social security.

He also appealed to their subjects to display more solemn disposition towards the traditional class, saying they remain our rallying point in all ramifications.

He wished the new traditional rulers many more years and reign on the thrones of their forefathers, maintaining that their reign will usher in more development and blessings to the areas.