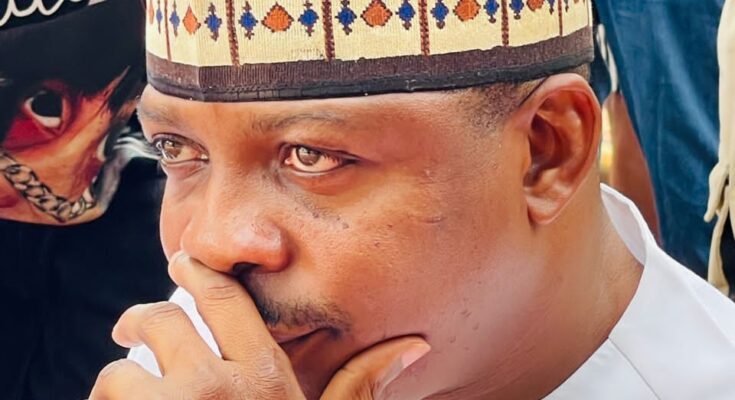 Opinion: OKAI-CRACY— The Era of a New Era by Cmrd Musa Idris

In what is expressed in poetic form by a rising writer, Cmrd Musa Idris with new Entomology as “OKAICRACY”, he writes thus:

” Perturbed by the incessant happenings on the day of the 2015 general election, I silently laid low on my bed, my eyes wholly glued to the screen of my Nokia-3310.

As if quarantined, I and my family members dared not go out.

And what else could a JSS2 boy do rather than lay low and watch how his fate was been decided?

As I patiently cruise through the street of meter-verse timeline by timeline, pages by pages, looking for content to feed myself, and of course, my family members who saw me as a mini-reporter as I played the role of an untrained journalist who give reports based on “hear-say”.

Just as a magnet would do to a metal, I was naturally attracted to the post.

After grazing the content, I was left in awe.

I ran to the writer’s profile.

I saw umpteenth intriguing updates and write-ups of similar kinds by the same author.

For the first time, I saw the name “ Usman Okai Austin ”

His timeline became a guideline and my source of information.

Regardless of whoever controls power, if you begin to warble or waggle, Okai would definitely come after you.

He became the voice of the voiceless.

The eyes that sees for the blind.

The ear that listens to the bereaved.

He is a genuine definition of activism!

Critics had always wished his activism wouldn’t stand the test of time.

But I guess, they’ve all been proven wrong.

Well, days flew into weeks, weeks into months, and months metamorphosed into years, and boom! I was already in SS2.

I could still vividly remember, it was on a Friday morning, after the early morning assembly, a loud bell rang, it symbolizes the call for ‘labour’ as we fondly call it.

We all dashed out with our cutlasses and hoes.

Then, an argument ensued. ” Would Okai ever remain an activist, or would he contest for any political position?”,

That was the topic of the argument.