Home Politics With Or Without You, God Has Ordained Who Will Be The Next Nigerian President Already – Nollywood Actor Makolo Calls Out Lousy Wike 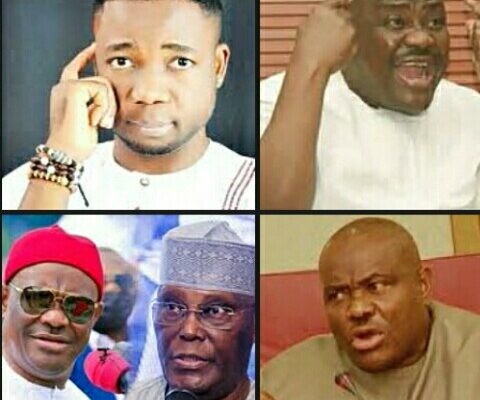 With Or Without You, God Has Ordained Who Will Be The Next Nigerian President Already – Nollywood Actor Makolo Calls Out Lousy Wike

As Governor Nyesom Wike, of Rivers State continues to escalate the face off between him and the presidential candidate of the Peoples Democratic Party ( PDP), Alhaji Atiku Abubakar, over the eternal crisis in the party, a Famous Nollywood Actor, from Kogi State, Thompson Makolo Jnr, has called out lousy Wike to put his personal interest aside and work for collective interest of the party.

Mr Tom Makolo junior, made this call following Governor Wike’s frequent outburst against the stakeholders of the PDP.

Makolo in an interview with OurWorldGist said, with or without Wike, God has already ordained who will emerge next Nigerian president come 2023 saying that it is only God that gives power as Human can only strategize.

Tom Makolo speaks:
“Dear His Excellency, Nyesom Wike, I personally think you have made your point and spoken enough.

Hence, fighting your household does not Show Strength!

You are by the day losing the quality of a Leader and a President that you wanted!

The nation of Nigeria is bigger than you and all the Characters on the Field as Players! Humility enables a Man!

No MAN IS GOD! It has long been written who the president will be in 2023 with or without your Support and that of your Group!”.

Tom Makolo, added that, Wike, has enjoyed positions of authority under the umbrella of PDP from being a local government chairman in Rivers to being a chief of staff at the same Rivers and also being a Minister of state before becoming Governor of Rivers from 2015 till date.

He said, he got all these positions by the opportunity provided by the PDP and is therefore an ingrate on the part of Governor Wike, to begin to drag the party to court because his recent wish to be the presidential flag bearer of the PDP was not meant as he was defeated by Atiku at the party’s primary.

Recall, Governor Wike recently went to court seeking for the nullification of the candidature of Alhaji Atiku Abubakar, saying the primary that produced him was marred with irregularities.