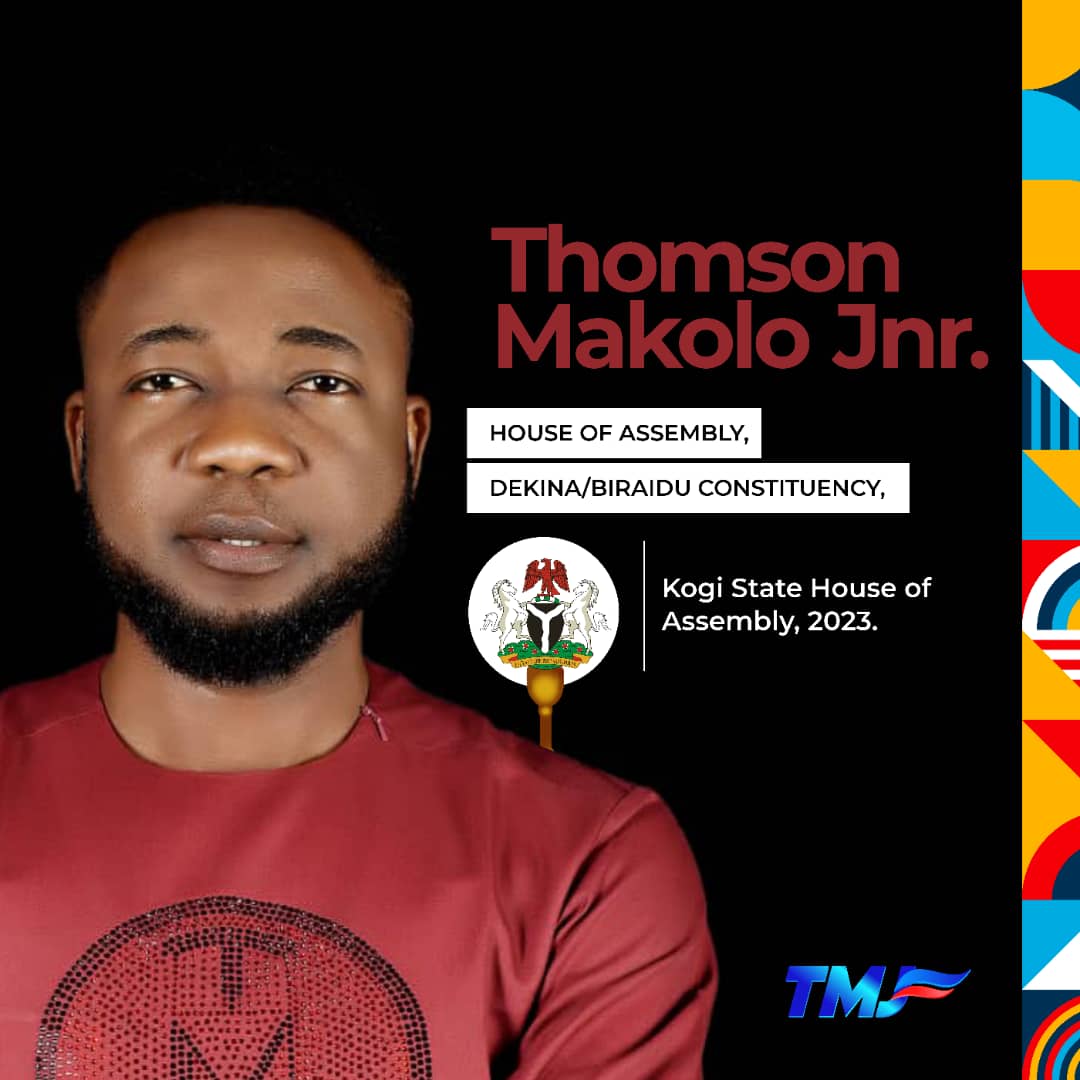 Profile Of Thompson Makolo Jnr; A Gentle Dove With A Lion’s Heart.

Here we present a profile of an Iroko, a one man squad though loves team spirit, a social entrepreneur, a lover of masses, a man who is living a life of sacrifice, an Actor of noble quality, a mouth piece of the downtrodden, an advocate of good governance, a polite gentle man with a lion’s heart, an orator and above all a God fearing Young man adjudged by others as “a dove and an Eagle”.

Who is this young fellow with such an intimidating adjectives to describe his personality?

He is Thompson Makolo Jnr

Thompson Makolo Jnr, a refined brainbox in movie industry was born to the respected family of late Mr John B. Makolo of Odolu Oko in Odolu Area of Oganenigu Ward and late Mrs Ojochebo Omagala John of Dekina Local Area of Kogi State in 1987.

Thompson Makolo Jnr had adventurous childhood as he grew up in Dekina and Anyigba at different time respectively.

Thompson Makolo Jnr who is trained as an Actor and a film maker from prestigious Art@Attack Film Academy, Jos, also holds diploma in marketing from Benue State, University, Markudi.

Thompson’s Career Began with a Journey in 2004 after the death of his Father: from Anyigba to Markudi and later joined the Actors Guild of Nigeria.

This adventure began after he had hitherto formed a group with Friends, a Theatre Group in 2003 with after sensational performance within and outside kogi state.

As the burning desire to make a statement in movie industry continued, he left Markudi to Lafia, in Nassarawa State in Search of better opportunity.

While in Lafia, he had opportunity to feature in some movies to include: A Soap Opera, Winners and Losers as Created by Veteran Nollywood Filmmaker, Zack Amata.

In the progress of time, he departed Lafia For Abuja, then subsequently to Lagos.

He later returned to Kogi in 2005 and he was appointed as the Chairman, Actors Guild of Nigeria, Kogi state Chapter.

The Project birthed the Beginning of the current Day Kogi State Film industry.

He champions the Creative Revolution for the Current and Growing Igala Film industry started by Professor Armstrong Idachaba in 1994 with the Production of his First Language movie OMAYOKU and the Biggest till lately that he also broke his own Record.

The movie was Directed by Nollywood Veteran Filmmaker and Director, Aquila Njama, featuring all big Igala Faces in the Nollywood to include: Meimunat Abaji, Late Ali Odekina, Ocholi odekina, Martins Adaji and also birthed the Career of many young Talents.

The Journey has so continued with Many Breaking records, Conveyed One of the biggest Creative Discussion Platform Creative Conversations with TMJ with an Unveiling on july 29th, 2020 and Live Events hosted on the 3rd to 6th December, 2020 with Eminent Personalities in attendance.

The event was Chaired by Humanitarian, Alh Khalifa Abdulrahman Okene, Dr Kashim Akor, DG NPC and Prof. Armstrong Idachaba as Keynote Speaker.
With Prof. Babatunde Irukera as Special Guest of Honour, HRH, Dr Akwu Obaje, the Ejeh of Ofu as Father of the day with Many high Profile Creative Professionals also in attendance.

The event Remains one of the hallmarks of his drive for a better Nation and development.

It is also on record that Thompson has done and Premiered many Top Class Language Movies at the Silver bird Cinemas in Abuja and Lagos, Got National and International reviews, from Ona, Edo, and Acholo.

Here come a big one as he recently Launched and unveiled Igotv, a Digital distribution platform for Language movies in Nigeria.

According to the prestigious online news publisher,  OurWorldGist   IGOtv is a Platform that will grow and export the INDIGENOUS Film industry in Nigeria and some part of African countries.

It may interest us to know that Thompson Makolo Jnr has been nominated and won many Professional awards, with the latest being the best Actor of the year for a performance in a lead role in the Movie #Acholo at the 4th edition of Kaduna International Film Festival in 2021.

He also won many Community and Youths awards.

He is an Ambassador for International Peace and holds the Honour of the Officer of the Igala kingdom (OIK), a recognition by the Highest Igala Social Cultural organisation, the ICDA.

Thompson Makolo Jnr, who recently shows interest to runs for Kogi State House of Assembly says, “My Drive into the Nigerian Political Scene is anchored on my Character, Vision, Ideas and Values to Inspire, Motivate and Challenge through levels of Engagements. Partly, Influenced by the 2020 #EndSars Protest and the call for Revolution.
For me, my angle is to drive the values and Revolution now through Participation”.

He also added that “My Vision is to see my Land and People Rise through many Platforms of Engagement. The Dream is to see the Land better and my Values is for all men and women created by God to have Values for their Existence”.

Thompson Makolo Jnr, a beckon of hope and a gentle man like a dove though with a lion’s heart is happily married with two kids.