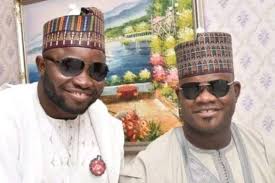 Following the Thursday appointment of the All Progressive Congress (APC) Presidential Campaign Council, Kogi State chapter, a Socio Cultural group, under the umbrella of Igala Vanguard  has accused the APC of ruling the state as a Kogi Central ( Ebira) Affairs.

Reacting in a statement signed by its National Coordinator, Engr Lawrence Akpa, the Igala Vanguard kicked against the composition of the campaign council, emphasising that they have been sidelined.

The group also lamented that the appointments was in breach of democratic decorum.

He noted that the party that condemned tribalism, favoritism, and preaches tolerance on national television and other media spaces is now guilty of what it condemned. “This is unacceptable and also a slap to Kogi East”, the statement said.

According to the statement, what happened on Thursday in Lokoja, is a wake-up call to all Igala sons and daughters that the speculation about Governor Yahaya Bello and Ebira Agenda is nothing but true.

GYB Network for Asiwaju is Haddi Amteuo, is an Ebira man also and all we can see here is Ebira family forum”, statement said.

“Kogi State governorship seat is every tribe’s inheritance, hence, the process should always be open for everyone to come and contest, instead of suppressing a section, just because you are in power.”

“If you look at the whole appointments, you will see that it is tilted towards the Bello’s allies, and the message this is sending out is that Ebira would provide the next governor come 2023 and it does not reflect the true character of democracy.

Spread the love
ALSO READ THIS:  Breaking: Malawi Court Annuls 2019 Presidential Election Won By Incumbent President
TAG#Kogi #GovernorYahayaBello
Previous PostStory "WHY IS MY FACE IN THE SHADOWS?" @ Merit House, Maitama, Abuja Next PostFlood: Ibaji The Most Affected LGA Excluded From Relief Material List & Replaced By Okene Without A Case Of Flooding