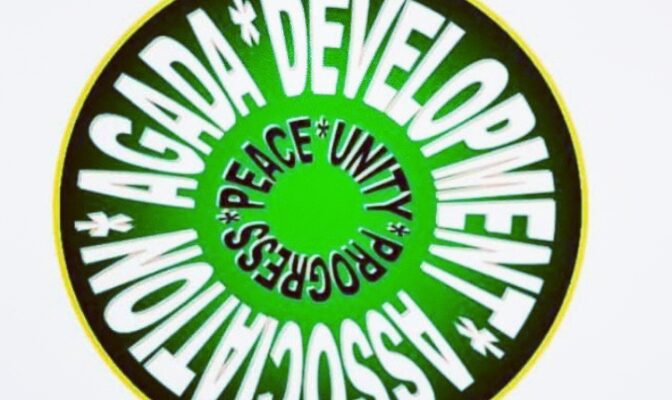 Agada Development Association ( A.D.A ) under the able leadership of Alhaji Hussaini Ajabi has rolled out its achievements in the last eight years.

Speaking at A.D.A Annual General Meeting ( AGM ) at Agada’s village Square on 26th December 2022, the outgoing President, Alhaji Hussaini Ajabi, thanked Agada’s Sons and daughters for considering him worthy in the first place to serve the community in that capacity.

Alhaji Hussaini Ajabi, who was full of emotion while delivering his speech for the show of love he enjoyed from his Exco also thanked the patron of the Association, Elder Francis Ojoh for giving him the maximum cooperation to succeed.

While asking for forgiveness if he had stepped on some peoples’ toes in the course of his administration, he also promised to extend his maximum support to the new president in person of Mr Gabriel Isah Odiba to enable him succeed.

Highlight of the A.D.A annual general meeting were the innaguration of the new Exco and presentation of awards to the outgoing President, Alhaji Hussaini Ajabi and Abuja’s branch chairman of the Association, Mr Usman OmaIgala Akowe by A.D.A’s branch of the Association.

In a prepared scorecard, Sani Michael Omakoji reads:
” AGADA DEVELOPMENT ASSOCIATION SCORECARD 2014 To 2022 UNDER THE LEADERSHIP OF ALHAJI AJABI HUSSAINI

ADMINISTRATION
On assumption in office, 26th December 2014, the administration hit the ground running as she immediately produced a modern Letter Headed Paper for the use of the Association.

Similarly, in line with the trend of event, Social Media Accounts on Facebook, Twitter and Whatsapp were opened to enhance effective information dissemination.

COMMERCE / MORAL CONDUCT
The administration also embarked on how to boost commercial activities as well as teach the young ones good moral conduct in Agada and its environ.
To this end, Entrepreneurship and Moral Lectures were organized during the annual meeting of A D.A 2016.
Late Mr Acheneje, Dr Moses Daikwo & Dr Stephen Ocheni were guest lecturers then.

HEALTH
Our administration took over an unfinished clinic project which was started by Abuja branch but were unable to continue at window level in 2014.

To the glory of God, this project received serious attention as the blocks and rafting works have been completed.

EDUCATION
This administration has influenced both the state and the Federal government to build more structures for both the Primary and the secondary schools.

ALSO READ THIS:  Just In: Thief Surrenders Himself To Police As The Bag Of Beans He Stole Refuses To Come Down From His Head

This administration also facilitated the donation of Lockers to Secondary School from Dekina Local Government Authority.

Though, this administration never controlled the finances of both schools however, on good authority, we can account that the proceeds realized from the sales of cashew nut annually were used for the renovation and running of the schools.

On a cheering note, this administration ensured that for the first time in history since the secondary was established in 1981, a son of the soil, in person of Mr Amuda Isah was appointed as the Principal of the school and he is still there till date.
Under his watch, the School has witnessed tremendous progress.

SPORTS / MUSIC
This administration in a bid to encourage sport activities has purchased sport materials to secondary to include: Jersie, net, and Balls.
Similarly, Band set was also purchased for the Primary school to encourage the attendance of pupils and the filler has suggested that the strategy is yielding positive result.

BOREHOLE
In order to reduce the plight of Agada’s dwellers, this administration sunk borehole in 2016 for the community and till date the borehole is still being in use and being maintained by the Association.

SECURITY
As part of effort to beef up security in Agada community, the administration has donated uniforms, Torch lights and cash to Vigilante to aid their operation.
Though, we have had security challenges but they have all been managed and resolved.

YOUTH
The Youth is reconstituted and provided with a constitution to guide their dos and don’t.
The administration has also donated money on several occasions to aid their operation.

MEDIA
The activities of this administration were given serious media attention as press release and communiques of the Association were both air on Radio and published any time there are need for them.
A search on Google will buttress our claims.
Similarly, this administration has also purchased Public Address System for the Association to reduce annual expenses being incurred on renting Public Address System

ELECTRICITY
Shortly when the State Government stopped Hon Benjamin Ikani ( Rep Member representing Dekina / Bassa 2015 – 2019 ) from bringing electricity to Ogbabede, the Association under this administration collaborated with ‘”Corpper Morgan ” to influence power Holding Company of Nigeria to connect the village to National grid.
The Company accepted the proposal and carried out feasibility study with a promise to report back.
The incoming Exco needs to do a follow up on this.

NETWORK
This administration has made several appeals to the TELECOM companies on the need to provide network for not just Agada but Ogbabede as a whole.
The result of this administration in this regard is still being awaited.

CENSUS
This administration provided logistics to National Population Commission to carry out enumeration in Agada and it was successful.
Under this development, cash donation was made by the Exco to the Enumeration Officers to support their feedings and other financial needs.

INEC
This administration lobbied using money to woo Independent National Electoral Commission ( INEC ) to create more polling units in Agada community but was denied without cogent reason.
In any case, effort was made and there is need to try next time.
The new Exco should also take note.

AWARDS
This administration organized awards in 2019 to honour some sons and daughters of the community who have distinguished themselves in service to the community.

DEATH BENEFITS
Death is inevitable and as God designs it, we lost so many of our members between 2014 to 2022 to the cold hands of death.
Not something we desire but to put the record straight, siblings of these deceased were paid death benefit of five thousand Naira only each as stipulated by the constitution. 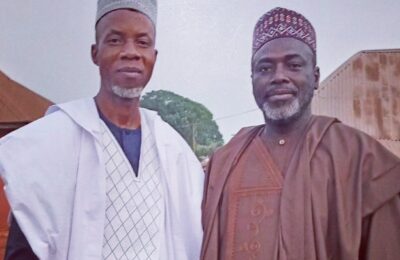