“Be Not Afraid of Greatness; Some are Born Great, Some achieve Greatness, and Others Have Greatness Thrust Upon Them” William Shakespeare.

The above statement captured my imagination when I decided to eulogize a great personality and leader of no mean repute, Dr Joseph Ameh Erico.

Why, you may ask? To begin with, he is a man whose actions and inactions exemplified someone who is not afraid of working hard to attain success and greatness in all his endeavours.

Also in him you will see greatness because his characters evidently eschew great principle of life as if he was actually born with it.

Moreso, if you look at him through the prism of objectivity, it will not take you time to realize that he has truly achieved greatness in true sense of it.

Yet the manner of his commitment to work of the Almighty God through worship and services coupled with his humanitarian gestures to humanity, you will have no choice other than to conclude that greatness is a thrust upon him.

The assertion made by one of the greatest minds of all time, many many years ago aptly described him.

Who then is Dr Joseph Erico Ameh and why do I choose to celebrate him today?
Dr Joseph Ameh Erico, the Olimene Ejeh Olamaboro (Doga), the Commonwealth of the Nation Ambassador is 54 years today.

He had his primary school education at the First Division Artillery Army Children School, Kaduna.

He proceeded to Community Secondary School, Ogugu, Olamaboro LGA for his secondary education from 1982-1987.

Chief Joseph Erico Ameh refused to rest on his oars despite his achievements in business and other endeavours.

Hence, his quest to attain the highest level of Western education was unquenchable.
Therefore, he enrolled at the prestigious Trinity College, Seychelles where he studied Liberal and Criminology Studies and graduated with fly colours in 2007.

He also studied at the University of Science and Technology Enugu and bagged Bachelor Degree in Administration and Political Science in 2008.

Dr. Joseph Erico Ameh had worked in different security organisation where he brought his expertise into bear in various capacities.

He later concieved the idea of a security organisation that can stand the test of security challenges of the 21st century.

He is a fellow of National Institute for Industrial Security (IIPS) and the Institute of Management Consultants (IMC).

Dr. Ameh is also a member of the Association of Licensed Private Security Practitioners of Nigeria (ALPSPN), International Professional Security Association (IPSA) UK and Police Relations Committee (PCRC) among others.

ALSO READ THIS:  Kogi East In The Hands of Kidnappers, Austin Okai Asks Govenor Yahaya Bello To Stand Up To The Wake Up Call

Dr Ameh has received many Award and honour amongst to include:In 2012, he was conferred with the Award of Outstanding Nigeria Performing CEO of Integrity by the Nation Newspapers; In 2017, he was appointed Commonwealth Ambassador by the Commonwealth Society of Nigeria for his humanitarian services, good leadership and nation building.

Dr. Ameh is a committed and devoted Christian, a Catholic who has contributed immensely to the growth of the Church both locally and internationally.

In 2012, he was conferred with the Award of Honour as the Pillar of Support by Blessed Tansi Catholic Church, Agidingbi, Lagos;In 2013, he received Merit Award for his services to the Church by the Catholic Bishop of Idah Dioceses.

Dr Ameh, is a prominent Igala son who believes in giving back to the society that threw him up into a larger environment to become a major player in the security sector of the economy.

It is gratifying to mention that over the years, he dedicated a special fund to support the needy and the less privileged in the society.

Therefore, his foray into politics and he aspired to governed the Confluence state. Dr, Ameh is given to nation building through democratic processes.

He is a holder of Olimene Ejeh (Doga) which was conferred on him by the Ejeh, Olamaboro, Kogi State.

He is happily married with children.

I wish you moments of happiness and gratitude on this special day in your life.

Many more to come in Jesus Mighty Name. Amen. 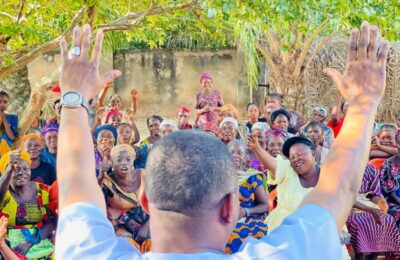 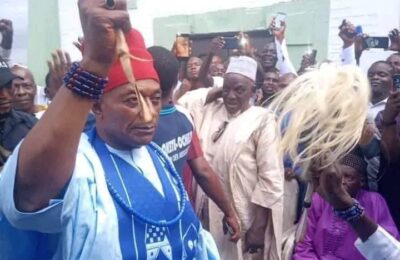