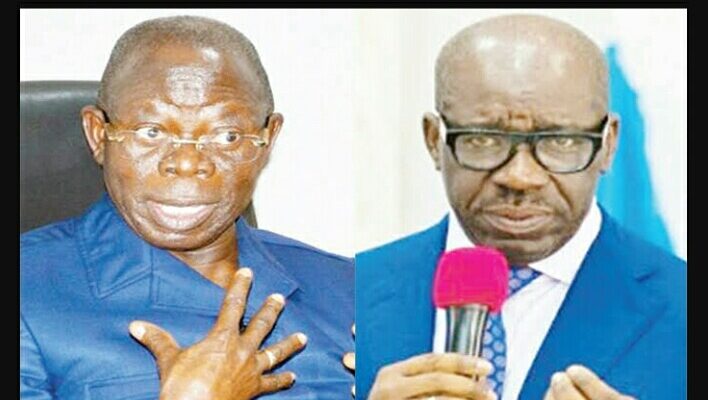 The hope of the erstwhile All Progressive Congress ( APC ) chairman, Adams Oshiomole was today being 30th December 2020 dashed as University of Ibadan confirmed that Godwin Obaseki graduated from the institution in 1979.

This confirmation is contrary to Adams Oshiomole’s claim that Godwin Obaseki didn’t attend the institution stressing that he is using a forged certificate.

In a statement made available by the registrar of the institution, Mrs Olubunmi Fulayi, the current Governor of Edo State, Godwin Obaseki graduated from the institution in 1979 with a Second Class Honours (Lower Division) in classics.

The statement also revealed that the Governor gained admission to the university in 1976.

“Records of his admission and graduation are intact in the archives of the university.” the statement said.”

With this development, Adams Oshiomole ‘s earlier allegation before and after Edo’s gubernatorial election against Governor Godwin Obaseki can no longer hold water.