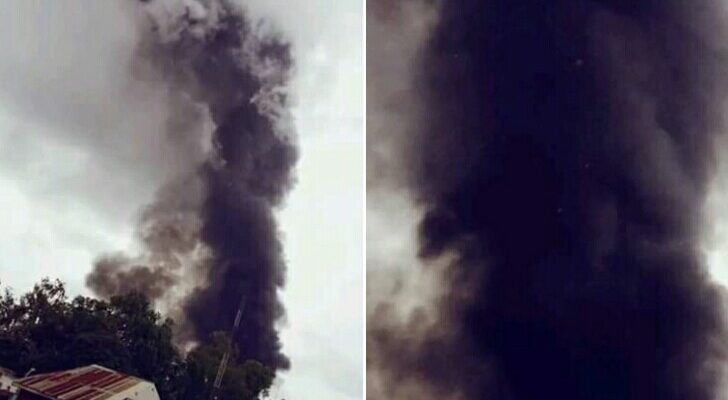 It was a tragic occurrence at Ankpa, in Kogi State on Wednesday being 28th September 2022 as a Trunk Tanker carrying a highly inflammable oil lost control and crash-landed at the popular Otukpo road.

OurWorldGist’s Reporter, Mr Clifford, who was at Ankpa for personal business reported that the sad event occurred at about 11:45am in the morning killing an unspecified number of people while many were also reported injured.

According to Mr Clifford, the Trunk Tanker which earlier passed through Ankpa main town carried product of PMS that gutted fire and in the process, those around the environment were visited with either death or severe injuries.

He said, the fire extinguisher brought by a good Samaritan arrived rather too late after victims were burnt beyond recognition and others severely injured by the fire inferno.

On behalf of the good people of Kogi State, the staff and management of OurWorldGist wish to condole with the people of Ankpa over this devastating and traumatic experience.

Spread the love
ALSO READ THIS:  Just In: Emir Sanusi II Releases Goodbye Message As Security Operatives Apprehend Him
TAG#Ankpa #ourworldgist
Previous PostForeign Exchange Vs 2023 Nigerian Election Campaign: The Value Of Naira Is Expected To Rise By SMO Next PostNigerians Give Theobarth Grant Rather Than Otherwise - Says Isaac Saar