Home Opinion Opinion: Sam Okutepa (SAN), Xrays Between  AGF or GCB Who Should  Be The One To Make The Rules Of Professional Conduct In The Legal Profession
Opinion

Opinion: Sam Okutepa (SAN), Xrays Between  AGF or GCB Who Should  Be The One To Make The Rules Of Professional Conduct In The Legal Profession

Social media was agog on 13th September 2020 when Sam Jibrin Okutepa SAN, made his views known on the recently signed 2020 Rules Of Professional Conduct by Attorney General of the federation, Justice Abubakar Malami.

In what Sam Okutepa titles: WHO MADE THE RULES OF PROFESSIONAL CONDUCT IN THE LEGAL PROFESSION 2007? WAS IT AGF OR GCB, he says, “My argument was and remains that when the preamble of the RPC 2007 is read together with the provisions of section 21(4) of LPA, the inevitable conclusion to be drawn is that the rules was issued by the Hon AGF”.

2.0. This statement was in reaction to the amendments by some lawyers that the amendments made to the Rules of Professional Conduct 2007, which Rules was issued on the 2nd day of January 2007, by HAGF, Abubakar Malami SAN, was illegal, null and void, for according to these lawyers, the Hon the Attorney General of the Federation lacks the power to make the amendments.

3.0. In reactions to this statement, many lawyers have come out for and against my stand. That is beautiful and that is how it should be.

But because of the reactions of some eminent colleagues which tend to suggest that the 2007 Rules was issued by the General Council of the Bar after the draft Rules was presented to the council by the then General Secretary of NBA, I shall quote my write up in full here and to demonstrate thereafter that by law and on the face of the RPC 2007, I have no reason to depart from or shift grounds from what I wrote and quoted below.

4.0. This is what I said on 13th September 2020: ‘I do not think we as members of the legal profession are consistent in our stand and condemnation of illegally and usurpation of functions particularly on the alleged amendments said to have been made to Rules of Professional Conduct in the Legal Profession 2007.

This morning I woke up to read from social media that the Hon the Attorney General of the Federation has amended the Rules of Professional Conduct in the Legal Profession 2007.

I am yet to confirm this. But if the amendments done are indeed at the instance and by the Hon Attorney of the Federation, then I see the condemnation by some legal Practitioners as belated and not well rooted in good faith.

The reason is simple, as lawyers we must be consistent in our stand and positions.

I had said before that the appropriate organ saddles with the duty and responsibility to issue and make the Rules of Professional Conduct in the Legal Profession is the General Council of the Bar pursuant to section 12(4) of the Legal Practitioners Act as amended by law No 21 of 1994.

The 2007 Rules was issued by the Hon Attorney General of the Federation.

Those who care to read the Rules can see the preamble to the Rules wherein it was expressly stated to have been issued by the Hon the Attorney General of the Federation.

Because that Rules conferred more financial advantages on our Association NBA, nobody took my stand and few other lawyers serious when we spoke that the Rules was not issued in accordance with due process of law.

I recall Prof Ojukwu SAN speaking on this at one NBA functions.

Under the 2007 Rules I had the privilege to lead the prosecution of lawyers who committed Professional misconduct, and some were debarred and some suspended from practice.

As lawyers we collectively led the office of the Hon the Attorney General of the Federation to believe that it has power and duty to issue the Rules.

What is the hullabaloo on the alleged amendments said to have been made by the Hon the Attorney General of the Federation then for? Did we not use the old one made by the HAGF?

I read the statement of my very good learned friend Mazi Afam Osigwe. Beautiful. I respect his views.

He captures well the position of law. But beyond this beautiful position of law, did we as lawyers not the ones that have encouraged this usurpation of functions and powers over the years?

Where were the eagle eyes of the legal profession gone to when the previous Rules that conferred financial advantage on our Association was being used?

Have we not over the years accepted as correct wrongs and rots in our profession?

I do not want to think and believe that it is because the amendment if true is attracting our pious and eagle eyes now because it is likely to deny our association financial benefits.

We must be consistent in what we do and challenge illegality and usurpation of powers even when such usurpation is to our professional Association advantage. It is then I can follow properly.

For now, we are estopped from challenging the power of AGF to issue us new Rules. Am just trying to make sense’.

In his reaction Prof., Ojukwu SAN was reported to have said: Bar Council approved in 2007.

The NEC NBA had approved the new Rule (Justice Orojo draft) under OCJ Okocha in 2001 but [the Bar] Council did not meet.

At end of 2006 we touched that draft by adding relicensing, stamp and seal, CLE, and removed a complicated provision on advertising to keep it simple.

ALSO READ THIS:  Personality Profile: J.S Okutepa As ‘OURWORLDGIST’ Man Of The Year Tells Us How He Become “SAN” As A Road Side Mechanics/ Taxi Driver He Was

6.0. In his own reaction the former General secretary of NBA, at the time Chief R.A.Lawal Rabana, SAN was quoted as saying that: “I do not want to join in the chorus of issuing statements for the sake of it .

I was the General-Secretary in 2007 when the RPC was drafted and presented to the GCB for approval.

There was a full meeting of the council and I did the presentation on behalf of the NBA.

I emphasized it was not a unilateral document made by chief Bayo Ojo SAN the AGF at the material time.

Ernest Ojukwu SAN who coordinated the draft can bear witness.

Since the NBA has issued a statement we all should allow the NBA address the issue. Thanks”.

7.0. Speaking for myself as lawyer, we must make a distinction between approval and who issued the RPC 2007.

It reads: It shall be the duty of the Bar Council to make rules from time to time on professional conduct in the Legal Profession and cause such rules to be published in the Gazette and distributed it to all the branches of the Association.

From section 12 (4) of LPA supra the duty to make RPC, publish in the Gazette and distributed to all branches of the Association is on the GCB.

Now from the face of the 2007 RPC, there is no dispute and Prof Ojukwu SAN seems to appreciate this point that that Rules was issued by the Hon AGF then.

I draw attention to the preamble. It reads: “In the exercise of power conferred on me by section 12(4) of the Legal Practitioners Act 1990, as amended, and all other powers enabling me in that behalf, I, BAYO OJO, Attorney General of the Federation and Minister of Justice/Chairman General Council of the Bar hereby Make the following Rules…”

9.0. Reading above preamble without any extraneous explanations of whether the Rules was approved or not, the law speaks for itself that the person who issued the Rules was the Hon the Attorney General of the Federation.

My argument was and remains that when the preamble of the RPC 2007 is read together with the provisions of section 21(4) of LPA, the inevitable conclusion to be drawn is that the rules was issued by the Hon AGF.

I have not been convinced or persuaded to deviate from that position.

There is a clear word of deference between approval and the person who issued the rules.

The organ recognized by law to issue, publish and distribute the rules is the GCB and not the Hon AGF.

10.0. That was the points I made that instead of us to correcting the errors in the name of person in which the 2007 RPC was issued, we as lawyers allowed ourselves to be bound by the contents of the Rules issued contrary to section 12(4) of LPA.

This error was pointed out by humble-self and Prof Ojukwu SAN seems to be on the same page with me when he was quoted as saying that: Only problem with the 2007 version is how the AGF signed.

It was not done in accordance with the provision of section 12(4) of LPA.

Those calling upon me to apologize for my view are really those who need to apologize to me and appreciate the points I raised that it was not a moot point.

I have no reason to deviate from my position and the Bar Association of which I am a proud member will do itself good to take views of its members serious devoid of acrimonious and primordial partisan imputation.

We are all stakeholders in the project of the legal profession”. 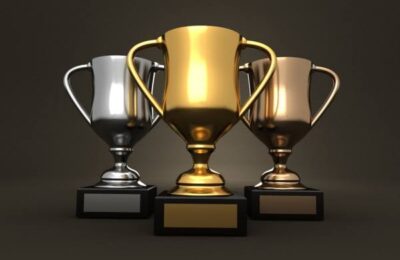 Just In: J.S Okutepa Distances Self From Brownnosers Culture: Proper Procedures For A valid Nomination To Fill The Vacant Stool Of ATTAH IGALA And The Consequences Of Failure To Follow The Law, By J.S. OKUTEPA, SAN