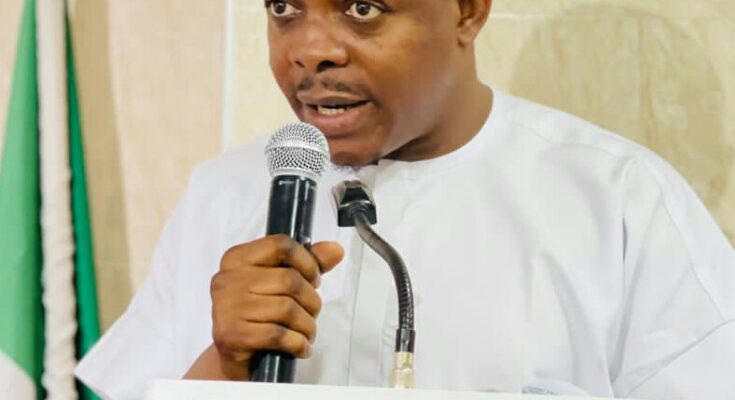 In what Samuel Mona Endurance titles: ” Usman Okai Austin Cca, “The Luther King of our collective resolve” he writes:
“In gargantuan hunk, he wheeled the hearts of millions inhabitant of the State, In the most civilized fashion, he wince to the marrow, the collective plight of the downtrodden, in the deepest part of their hearts, dwell the imaginary ornament of a Man who despite the scary demeanor of the Lion and his ordinance pitch the tent of injustice.

To those who’ve in recent years underscored the tenets of activism, Usman Austin Okai, represents the Martyr of our contemporary society.

The more he gets threatened, the more he intensifies the resolve to unravel, chatter & flatten the anti-people policy that characterizes our democratic configuration.

You better don’t hatch anything heinous against the masses, he’ll get it deflated within minutes.

He sprouts and or triggers his “moral libido” when he detects injustice anywhere, he’ll sustain any thrust thrown to make sure the right thing is done.

Just like Martin Luther king Jr, Usman Austin Okai, believes “injustice anywhere is a threat to justice everywhere”, hence the aggressive show of resilience in defense of his own people.

UAO, has over the years staged a revolutionary voyage against tyrannical rulership & warped representation, witnessing numerous illegal arrests and detentions in that process.

It’s now time to rewrite the wrong by paving the way for his “digitally referenced” ideology.

Our resolve is simple, “the need for youthful & quality representation in our democratic system,” it’s a timely revolution with Comrade Usman Austin Okai, as its arrowhead”.