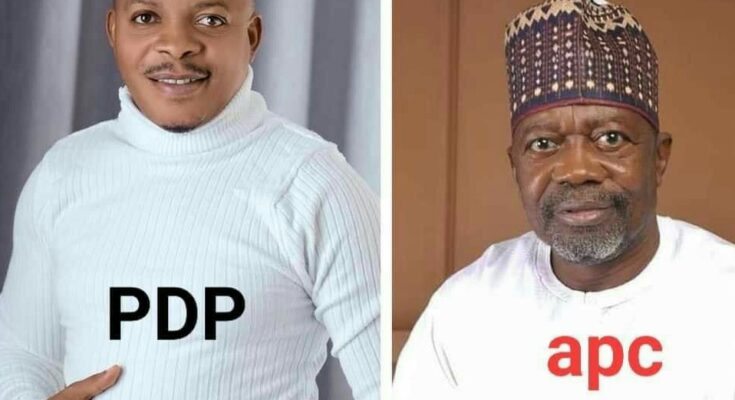 Let us read what Mr John Paul has to put forward: “Another election circle is upon us.

Contenders and Pretenders are in flurry, but this circle is looking more and more like 2015 when APC Kogi lured men and women into reasoning in reverse order.

The party laced on change Mantra was unable to change itself at last.

Those they present to us ahead of 2023 are either those they detested previously or those who appeared like a useful machinery in their hidden agenda towards next year’s election.

I stumbled on the video clip of an interview Hon. Paul Gowon Haruna, APC’S candidate for House of Representatives, Dekina/Bassa federal constituency granted on UrahTv.

It left me in utter disbelief, my mouth is open in awe, and it beats my imaginations that APC, a party put together to seize power in 2015 is yet to realize that Kogites are wiser now.

They are yet to come to realities that they have failed in monumental proportions, instead, they became extravagant in undoing.

Usman Okai Austin Cca candidacy is necessitated by the plagues of APC’S misrule.

The Nigerians desperate for change in 2015 became helpless seeing that those they deliberately entrusted the country to are utterly incapacitated.

Okai is not one who jumped into the race. He has written his name in gold with his active participation in the runs of government.

I was elated by his presentation during an interview with the same online TV.

His insightful and concise analysis of Dekina/Bassa demographics was a testament of facts.

However, I had expected APC to study the nature of Okai’s prospects and present to us sizable candidate.

Lo and behold! Paul Gowon Haruna’s analysis of Legislation, his acclaimed antecedent and enthusiasm of his new party shows Okai has no march in the forthcoming election.

How shameful can statement be! As member representing Dekina/Biraidu in the state Assembly, Hon. Paul Gowon has just one bill to his credit for a period of four years.

This he boastfully posited during the interview. Been asked of what he hopes to achieve for Dekina/Bassa, he simply said his network of friends will show him the way.

Apparently, he has no idea of what to achieve for his people from the Legislative chamber.

His host, Mr Sunday Atabo asked my honourable to shed light on why he thinks he is more qualified.

Guess what? My honourable attributed legislation to elderly businesses, hello!

Where were the Elders when Okai stood unswervingly for the people during the messianic grip of the enfant terrible in the Lugard house?

Where were the elders when Okai ensured government was in check to the detriment of his own life?

Where were the elders when Okai was sleeping from one court to another over a series of APC’s unscrupulous litigation?

ALSO READ THIS:  Yahaya Bello's Ambition To Be President Is As Hilarious As An Ant Wanting To Be Head of An Animals' Farm - Wazobia Followers

I don’t have any problem with your candidacy sir; You know why? The youth, men and women Dekina/Bassa citizens know who is for them and who is against them.

But, since APC shamelessly returned to its vomit and are selling to us what they said was bad, Glory to God.

If you cannot beat them, you join them. Your new-found political route is understood.

But, my humble question is simple; In saner, free, fair and transparent election, Can APC’s Paul Gowon stand Okai?